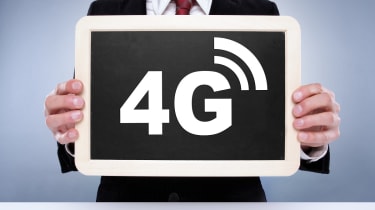 Three and Vodafone have purchased some of Qualcomm's L-Band spectrum to boost coverage of their respective 4G networks around the UK.

Qualcomm said the L-Band spectrum has been approved for 4G use by the EU and can be used "for Supplemental Downlink, helping mobile network operators meet the global demand for increased mobile data traffic."

Reports suggest that the two companies paid 200 million for the extra 4G bandwidth, although neither company has confirmed how much they spent on the infrastructure improvements.

Ofcom will now need to conduct a review into the proposed purchase before Vodafone takes over Qualcomm's share of the 20MHz spectrum and Three takes the remaining 20MHz. It is unlikely that either company will be able to use the spectrum until late in 2016, because their equipment and devices will need to be upgraded in order to work.

A Three spokesperson confirmed the company had bid for spectrum held by Qualcomm, but wouldn't reveal any further details until Ofcom's review has been completed and the sale granted.

"Over time, Vodafone intends to combine the spectrum with 800MHz using a new technology called 4G+, also referred to as Carrier Aggregation, to deliver theoretical peak download speeds up to three times faster than standard 4G."

Qualcom decided to sell its L-Band spectrum back in June, but it's not known if other telecoms companies bid for the spectrum.