The company is second only to fitness band maker FitBit, according to latest IDC figures 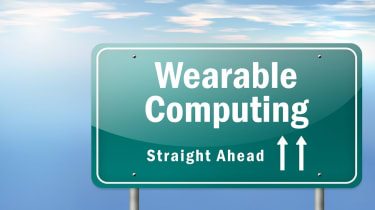 Although FitBit topped the manufacturer charts with 24.3 per cent of the market share, Apple was hot on the company's tail with 19.9 per cent of the share. Xiaomi also freshly entered the charts with 17.1 per cent of the wearables market, just behind Apple, while the fourth place contender was Garmin, with less than a four per cent share.

IDC said this demonstrates the power that Apple has in the technology market, whatever new innovations it launches.

"Anytime Apple enters a new market, not only does it draw attention to itself, but to the market as a whole," noted Ramon Llamas, research manager for IDC's Wearables team. "Its participation benefits multiple players and platforms within the wearables ecosystem, and ultimately drives total volumes higher."

He explained how Apple forces other technology vendors to re-think about their products and innovate in order to stay competitive.

"Fairly or not, Apple will become the stick against which other wearables are measured, and competing vendors need to stay current or ahead of Apple. Now that Apple is officially a part of the wearables market, everyone will be watching to see what other wearable devices it decides to launch, such as smart glasses or hearables," he continued.

The report also revealed a very definite divide between smart wearables such as the Apple Watch and Samsung's range of wearables that can run third-party apps and those that only work with one application, such as fitness bands.

Those producing basic wearables will need to compete with the smart wearables, while keeping their price points low to be attractive to consumers.