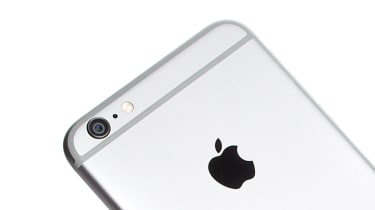 Apple has teamed up with Cisco to build a "fast lane" on its networks for iOS business users.

Engineers are working on managing the network so in the future companies can prioritise business-critical traffic, such as teleconferencing, over employees watching YouTube videos at lunch,Rowan Trollope, Cisco's senior vice president for collaboration, toldFortune.

Additionally, Cisco's networks and collaboration tools will be optimised for iOS devices and app, making it easier for enterprises to use its video and conferencing software on iPads and iPhones. For example, iPhone and Cisco contact lists will be integrated, rather than having separate directories for your mobile and your desk phone.

Patrick Moorhead, analyst at Moor Insights and Strategy, toldForbesthat Apple and Cisco may be hoping to kill off the desk phone entirely in favour of employees using iPhones."This could truly mean one phone, not two," he told the publication.

The duo haven't yet created any new products, but Trollope saidthat Apple and Cisco planned to meet with potential customers to come up with ideas they could develop together.The two companies will also team up on selling to businesses.

Apple CEO Tim Cook said "nearly every" Fortune 500 companies had iOS devices "at the centre of their mobile strategy", while Cisco executive chairman John Chambers said 95 per cent of such firms use Cisco collaboration or networking."Through this engineering and go-to-market partnership, we're offering our joint customers the ability to seamlessly extend that awesome Cisco environment to their favorite iOS devices," Chambers said in a statement.

The move may come as a surprise for those who remember that Cisco sued Apple in 2007 over the iPhone trademark, but the networking firm has clearly forgiven the iOS maker.

Apple in the enterprise

The Cisco deal is Apple's latest step in its ongoing push into businesses. Last year, Apple teamed up with IBM to make it easier to use iOS devices in enterprises, with IBM selling iPads and iPhones to its corporate customers complete with enterprise software pre-installed. They've also been working on apps together for specific business verticals, including a big data analytics platform.

Apple needs to partner with enterprise tech suppliers because the workplace isn't its strong point, suggested Moorhead. "Apple has mastered consumer, but not enterprise, and Apple is partnering in the enterprise on technologies and experiences that aren't their core competency," saidhe told Forbes. "Long-term, I think Apple is trying to completely rethink enterprise work and workflow."

Apple is expected to unveil the next iPhone at an event in September.