We look at Asus' avalanche of new devices, including the Zenfone Selfie, Zenfone Zoom and Zenfone 2 Deluxe 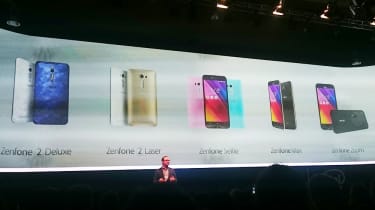 Asus has announced a barrage of new additions to its smartphone and tablet line-ups at IFA 2015, including the new Zenfone 2 Deluxe.

The main bulk of the devices were variations to the Zenfone 2, which was launched at MWC earlier this year.

Most of the new devices are more akin to spin-offs and subdivisions than genuinely new alterations. The Zenfone 2 Deluxe, for example, has been cosmetically tweaked but is otherwise the exact same model as the original Zenfone 2. 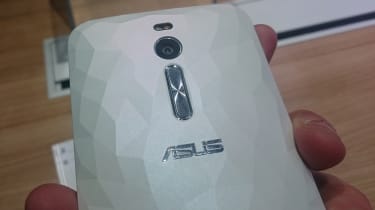 It still has a 2.3GHz Intel Atom quad-core CPU, 4GB of RAM and a maximum 128GB of flash storage. It looks and feels slightly more premium, of course, but other than the fact that the casing now has a snazzy geometric texture, it's a functionally identical device.

The Zenfone Selfie is even more unnecessary. Its major selling point is that fact that it has a 13MP camera not just on the rear, but on the front as well hence the name. It also comes pre-packaged with the kind of automatic beauty enhancement' software that we're told is huge in Asia. 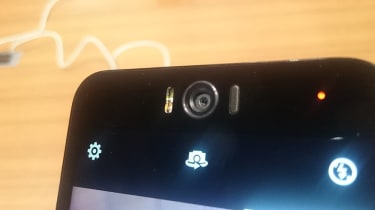 If you're especially mad on self-portraits, and want them to look as good as technologically possible, you could do a lot worse than the Zenfone Selfie the resulting pictures do benefit hugely from the beefed-up camera. However, we'd question whether or not it's a big enough feature to hang a whole handset on.

The Laser, Zoom and Max Zenfones are all slightly more worthwhile although still not totally. The Zenfone 2 Laser uses laser focusing to achieve a focus speed of just 0.2 seconds, with Asus claiming it also has zero shutter lag.

The results are undeniably impressive the camera can genuinely refocus in the blink of an eye, and shots come out looking crisp and sharp. It's unlikely to challenge the existing camera kings like Apple and Samsung, but it's still extremely encouraging.

The Zenfone Zoom continues the camera-centric trend, and Asus claims that it's the world's thinnest smartphone with a 3x optical zoom. It also sports Optical Image Stabilisation technology, and has macro focusing down to 5cm. 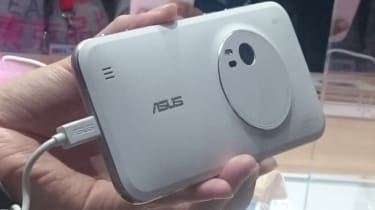 The Zenfone Max, possibly our favourite of the bunch, is designed for pure battery supremacy. It sports a mammoth 5000mAH cell, which Asus claims gives it an extra-long battery life and can even act as a power bank for charging your other devices.

It's sleek and professional looking, and still has some respectable hardware at its heart. If it can really deliver on its battery promises, it could be a real winner. 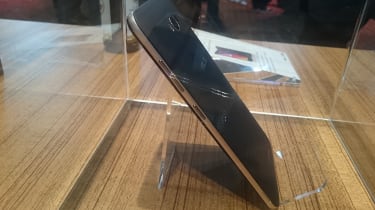 Overall, Asus' new smartphones seem like a case of the company spreading itself too thin. In trying to target multiple niche markets, they've neglected to do anything really impressive with their devices.

The hardware in most of them is middling at best, and they're all a little unremarkable. There's also a question mark over whether or not they're coming to Europe, although Asus assures us it's not out of the question.

Overall, the Zenfone range has some good mid-range options for specialist needs, but nothing for the vast majority of users to get particularly excited about.