Banks could be key to mobile payments adoption, says report 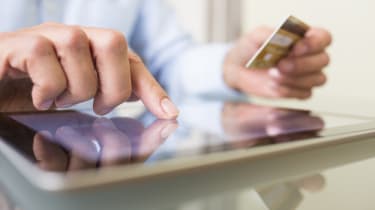 Banks could be the key to driving growth of mobile payments across the UK, a new report of consumer habits from payment infrastructure provider VocaLink has suggested.

The Next Generation Payments Report, an independent study of 5,000 UK consumers from VocaLink and conducted by Illuminas, found that those using mobile payments on their smartphones has risen to 15 per cent, up from three per cent in 2013. In contrast, 46 per cent used their device for mobile banking, up from 27 per cent in 2013.

Though much of this activity is categorised as "passive" (e.g. checking balances), there was also a move towards more active use with one in four using their phones to transfer funds to others and between accounts.

Cara O'Nions, marketing and customer insight director at VocaLink, said: "Mainstream banks have the biggest opportunity, since mobile banking and payments are seen by consumers as an extension of a relationship that already exists. Respondents were much more likely to use new payment technology if prompted by their bank, as they trusted and indeed expected them to provide these services."

Apple unveiled its own contactless payments service in July, while Android Pay and Samsung Pay have also been respectively launched. Despite the popularity of such services, however, banks have been notably slow to respond, with Barclays and HSBC failing to support Apple Pay when it launched.

According to the study, barriers to adoption include confusion among consumers about how mobile payments work and a lack of knowledge about which brands offer which services within the sector. However, half of respondents said banking brands would be a key driver for them using mobile payment technology.

Security concerns are also a factor, with fears over phone loss and insecure mobile networks joining concerns of a phone's battery running out during purchase, the technology not being widely available and network issues on consumers' list of potential deterrents.

"The mobile payments space is still in its infancy, but this market moves quickly and we expect big changes over the next few years," O'Nions continued.

"Banks are uniquely placed to develop the next generation of payment services through compelling solutions that increase brand engagement and loyalty -- but if banks want to take ownership of this space before one of their ambitious rivals does, they need to move quickly to make mobile payments the new norm."