Samsung's latest phablet is a whopper - but is it too huge to handle?

The Samsung Galaxy S6 Edge was one of the best phones of 2015, and as you might imagine, its larger-screened successor the Galaxy S6 Edge Plus is similarly impressive.

Unfortunately, since most of the device's internals are identical to the vanilla Edge, this phone is likely to live and die on its increased size. But can adding an extra half-inch save it, or is the S6 Edge Plus just too big?

12/07/2016: Users of the Samsung Galaxy S6 and S6 Edge on Verizon packages in the US are to get a new update to their devices that fixes a problem that resulted in customers losing all their data.

The software bug sets off an "unintentional device Factory Data Reset (FDR) after multiple failed attempts to use a fingerprint to unlock the device."

The update means that users can have up to 15 failed unlock attempts for the device to start an FDR - users will have 10 attempts to unlock the device using their fingerprint, and five goes to use their backup PIN or password.

On the outside, the new models don't look vastly different to the Galaxy S6, retaining the same metal and glass casing, although the vanilla S7 now has a curved rear shell.

Where they do differ is in the internals. Not only do they have an upgraded Samsung Exynos 8890 CPU (in the UK, at least), but they've also got a beefed up memory allocation - at least 4GB, according to reports.

They've also got bigger batteries - the S7 has a 3000mAh capacity, while the S7 carries a whopping 3600mAh charge.

Although these have to power the upgraded components, bold efficiency claims regarding the new chips suggest the new S7 range is likely to improve the already impressive battery life of the S6 and S6 Edge.

Samsung has also reinstated some fan-favourite features, bringing back IP68-rated water and dust-proofing, as well as expandable storage via MicroSD card.

Interestingly, Samsung did not unveil an 'Edge Plus' variant of the S7 as expected - although this could arrive later in the year.

You can read our full hands-on with the new devices here, and look out for a full review coming soon!

05/02/2016: The successor to the Galaxy S6 Edge Plus is just around the corner - Samsung has set 21 February as the launch date for the new Galaxy S7 range.

The company is holding a special event just ahead of this year's Mobile World Congress in Barcelona, sending out invitations with the hashtag "#TheNextGalaxy".

This is in contrast to the previous generation of the Edge and Edge Plus family, which were released around six months apart.

The devices are expected to go on sale in April, with a probable UK price point of around 599 inc. VAT. Samsung is also expected to debut new virtual reality products at the same event.

The Edge Plus really is a spectacular-looking phone, thanks largely to the distinctive curved screen. Coupled with a metal chassis and Gorilla Glass backing, the whole package is rather sleek-looking, and it's one of the first Android phones we've seen that genuinely gives Apple a run for its money in the visual department.

Even without the curve, however, the panel itself is still just as gorgeous as the previous S6 models. The display is bright, clear and vivid, and is among the most attractive we've seen. The huge screen means that viewing pictures and movies are an absolute joy, and contrast is also great, meaning that even tiny text should be eminently readable.

Sadly, from a functionality perspective, the curved rim remains as unnecessary as it was on the standard S6 Edge. Samsung has added a favourite apps menu in addition to the Edge's existing favourite contacts list, but it's not a huge amount more useful than any other shortcut system, and there's no reason why it should require a curved screen.

Beautiful though the Edge Plus' display is, the downside to having such a staggeringly high pixel-count is that it can take its toll on the battery, leading to a slightly underwhelming battery life if you're not careful about how you use it. This is not helped at all by the fact that the S6 Edge's 3220mAh cell has been scaled back to just 3000mAh. 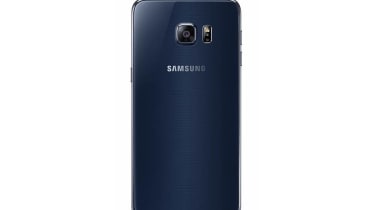 This was underlined by our tests, in which the Edge Plus achieved a fairly dismal score of just under seven hours. This isn't an encouraging time at all and is roughly on par with the Tesco Hudl 2.

Real-world testing, on the other hand, was considerably kinder to it. Although we were having to charge it daily, the Edge Plus generally lasted comfortably throughout the workday. Even when we did have to pop it on charge during lunch, Samsung has ensured that the experience is as quick and painless as possible.

Power management is always a crucial issue for smartphones, and Samsung has addressed this with the inclusion of fast-charging in the Edge Plus' predecessor. It's among the most useful new features, and we managed to charge the Edge Plus by 90 per cent in just over an hour.

Also introduced in the original S6, wireless charging is handy for short bursts of juice, although the two features don't work together, which is a shame. It works with the global Qi standard as well, so you can charge the Edge Plus with a whole range of third-party pads.

These features meant that the somewhat underpowered battery life was effectively a non-issue, as even ten or fifteen minutes charge provided more than enough power to top it up, and there were very few times when we found ourselves frustrated with the smaller battery.

One of the biggest concerns with larger phones is the usability. At 5.7in, it's straining the limits of both pocketability and comfortable use. People with medium-to-large hands won't have a problem, but anyone with smaller thumbs might.

As with many phablets, Samsung has attempted to counteract this by building one-handed use features into the S6 Edge Plus. Combined with the Edge shortcuts, these go some way towards mitigating the problems with reaching the furthest parts of the screen.

Despite these features, and some evidence of palm-rejection technology, we found that one-handed use frequently led to accidentally pressing the wrong buttons and inserting unwanted line breaks while typing.

Fortunately, these problems are balanced out by the utility of two-handed use. The larger screen size means there's plenty of space for a large keyboard, which makes typing texts and emails an absolute breeze, particularly since numerical characters are built into the top row of the keyboard.

The tall and thin aspect ratio makes it a little tricky to use in landscape mode for anything other than a short burst of typing, but in portrait mode, dashing off extended blocks of text is a doddle. 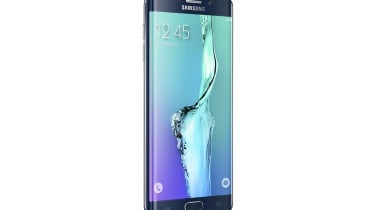 Of course, some people still prefer actual buttons to touch-screen keyboards. For those people, Samsung has produced a keyboard case, which features a removable physical keyboard that allows users to type out messages old school-style.

The utility of the Edge Plus as a productivity tool is underlined by the inclusion of some of Microsoft's key Office apps, with Word, Powerpoint and Excel pre-installed as standard.

While we're generally against bloatware on devices, we're actually fans of this. A far cry from the usual nonsense Samsung insists on stuffing its phones with, these should be essential apps for business users anyway, so having them pre-loaded is a great timesaver.

As one of the Galaxy Gifts' that Samsung bundles with the Edge Plus, the company has also included a 100GB allowance of OneDrive cloud storage with every purchase. This is possibly to offset the fact that Samsung's much-beloved expandable storage is still absent, but it's a good deal regardless.

Samsung's split-screen multi-tasking is likewise present and correct. The mammoth screen means this is more useful than on smaller phones, but it still remains less functional than on tablets. It's also only really viable when dividing the screen horizontally, as a vertical split leaves each app with around an inch of screen width.

As with previous flagships, Samsung has included a fingerprint reader with the Edge Plus, primarily used for security purposes such as unlocking the device. It works well, usually reading the print quickly and accurately.

We initially found it a hassle to hold the phone in one hand while we unlocked it with the other. However, the ability to register multiple digits on the device meant that we could scan our thumbs horizontally, in order to unlock the device one-handed.

In addition to unlocking, the Edge Plus naturally uses it as support for the company's Samsung Pay service, allowing users to make purchases by using their mobile as a contactless payment method. This is a useful addition, but may end up becoming slightly irrelevant once Google's Android Pay arrives as part of the Android Marshmallow update.

As you might expect from the follow-up to one of the year's best-specced devices, the S6 Edge Plus is very, very nippy. Although it's the same CPU as seen in the basic Edge, the Edge Plus' octocore Exynos 7420 processor coupled with an upgraded 4GB of RAM is an absolute beast, and happily handled anything we cared to subject it to. We're not surprised, considering it's got roughly the same amount of memory as a budget laptop. 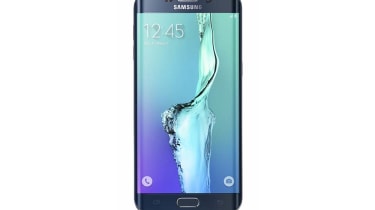 Our benchmarks showed that despite the Edge Plus' undeniably impressive performance, it's lagging slightly behind Apple's iPhone 6s Plus, particularly in the realms of HTML rendering. Other than that, however, it handily trounced almost every other phone and tablet we've tested and proved itself as an immensely capable device.

Samsung has a strong history of including exceptionally good cameras with its flagship Galaxy devices, and the 16MP sensor on the S6 Edge Plus is no exception. It's a fantastic snapper, with fast autofocus, great image detail and accurate colour reproduction.

Alongside a host of fun features like an instant GIF mode and a mode for creating 360-degree photos, the Edge Plus also features 4K video recording at 30 fps, HDR and optical image stabilisation. It's a top-flight camera, and pretty much guaranteed to have photos coming out looking great.

The Samsung Galaxy S6 Edge Plus is an undeniably impressive phone. It's got some of the best-performing hardware on the market, a great camera, and it's gorgeous to look at. The problem is, all that lovely will cost you the better part of 1,000 - a high premium for a device that's essentially identical to one launched earlier in the year.

Fundamentally, the S6 Edge plus isn't that different to its predecessor. Unless you desperately need the extra GB of RAM for some reason, the main reason to plump for the Edge Plus over the original is simply the increased screen real-estate.

We're really not sure that the larger screen is worth the price hike, particularly given that it's drifting into the arena of the unwieldy. If you've got exceptionally large hands and you're happy paying almost 100 worth of premium over the standard model, the S6 Edge Plus is one of the best premium smartphones around. However, most users would be better off sticking to the cheaper and more manageable Galaxy S6.

An excellent phone on its own merits, the Edge Plus is unfortunately let down by the fact that it's a little unnecessary compared to its predecessor.