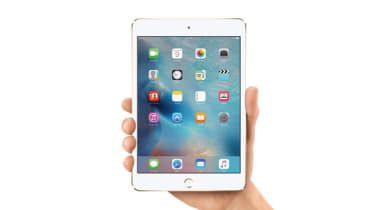 The tablet market in the UK has plateaued, but hybrid devices incorporating keyboards appear to be gaining ground, according to a YouGov survey.

The research found that 55 per cent of the adult population owns a tablet and that figure has stalled over the last year. The study also found that 10 per cent of the public plan to buy a tablet in the future, most of them (57 per cent) are people who already own one of the devices and are either looking to buy a replacement one or an additional one.

While tablet sales appear to have stagnated, the research found that hybrid devices that combine a tablet screen and removable keyboard are getting more popular. While just two per cent of the adult population (around one million) currently owns a 2-in1, the study shows that 8 per cent (around 4 million) are now in the market for one. This means that new devices, such as the iPad Pro and Google's Pixel C tablets which sport keyboards, stand to benefit from the trend.

The research firm said that these hybrid devices were holding their own against the iPad and Android tablets among so-called "tablet virgins" first-time buyers those that own neither a 2-in-1 nor a tablet.

This group (that own neither device) accounts for 44 per cent of the population and represents the territory into which device manufacturers have to make inroads if they are to increase market share, according to the research outfit. YouGov's latest research shows that 8 per cent of this group plans to get a 2-in-1, the same proportion that plan to get a tablet.

Russell Feldman, Director of Digital, Media and Technology at YouGov said: "Our research has shown a continued stagnation in the tablet market over the past year. While the number of tablets in circulation continues to increase this is because multiple device ownership means that the pool is getting deeper without ever getting any wider. Laptops do things such as edit documents that most tablet owners don't do on their devices meaning they are never going to end the laptop's market dominance.

"Instead, I believe tablets are a stop-gap technology, like the minidisc, and should eventually be overtaken by a more comprehensive and feature rich-device like the 2-in-1. We spotted this trend last year when we noticed an increasing number of people creating "home-made hybrids" creating 2-in-1s by adding a keyboard to a tablet and using it as they would a laptop. As more brands launch and market 2-in-1s to market I would expect the device's market share to grow steadily over the next few years."