When will I get Android M? 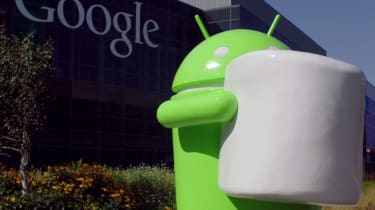 Android M is already available to many Google Nexus owners as a developer preview and it will ship with the Nexus 5X and 6P if you're lucky enough to have got your mitts on one of Google's newest devices.

If you have an older Nexus handset, you may have already seen the update appear on your device. Google announced it would start a staged rollout of the update from 5 November.

It said: "Today we're starting to roll out Android 6.0 Marshmallow to Nexus users. Of course, the new Nexus 5X and 6P will ship with Android 6.0, straight from the factory.

"Coming to a device near you, starting today, Nexus 5, Nexus 6, Nexus 7 (2013), Nexus 9 and Nexus Player will get an over the air software update** to Android 6.0 Marshmallow. In addition to the new Nexus 5X and 6P, keep your eyes peeled for other new devices shipping with Android 6.0."

So if you haven't already had the update come through, it should be too long until you see it pop up!