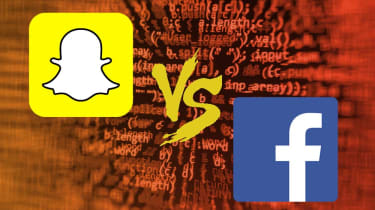 Facebook has taken a leaf out of Snapchat's book, and launched disappearing messages.

A new feature of its iOS and Android Messenger app, the option will now allow users to send messages that self-delete after an hour. The messages are erased from all platforms, even if they don't have the feature enabled.

Activated by tapping an hourglass icon in the top right corner of the app, the feature can be turned on and off at will by anyone in a conversation, although it's currently unclear if it affects all users' messages or just those of the person who activated it.

The company is currently limiting the rollout to a small test in France, but appears to be gearing up for a wider rollout should it prove successful.

It's naturally been likened to Snapchat, which has spawned a wave of EphemerApps' software which self-deletes its content for maximum privacy. It appears that Facebook is now looking to capitalise on this trend.

An official statement from Facebook said that the new addition is "the latest in an engaging line of optional product features geared towards making Messenger the best way to communicate with the people that matter most".

"Disappearing messages gives people another fun option to choose from when they communicate on Messenger," it continued. "We look forward to hearing people's feedback as they give it a try."