Apple’s 2015 iPhone may be getting on a bit, but don’t count it out just yet 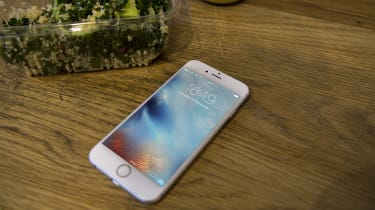 The iPhone 6s was a smash hit when it first launched back in 2015 and it remains one of Apple's most popular smartphones to date. It's easy to see why; the iPhone 6s offers a sleek design, user-friendly software, heaps of functionality and great performance, and the fact that it's dropped in price since its original launch makes it a pretty good deal.

The iPhone 6s may be two and a half years old, but don't let that put you off; there's life within the old dog yet. In fact, you may be surprised by how well this device holds its own against newer rivals.

The design and construction of the 6s remains unchanged from the iPhone 6, sporting the distinctive rounded aluminium body that Apple was using up until the iPhone 8. It's still an attractive design to this day - elegant, understated and classy. However, it's also one of the most widely-copied aesthetics in tech history, inspiring legions of copycats.

This detracts somewhat from the originality of its looks, but thankfully the design is also effective from a practical standpoint. With a weight of 143g and measuring 7.1mm thick, it's slimmer and lighter than both Apple and Samsung's most recent devices. It's still a great-looking phone, and save for the smaller-than-average screen, it doesn't look remotely out of place next to modern flagships. 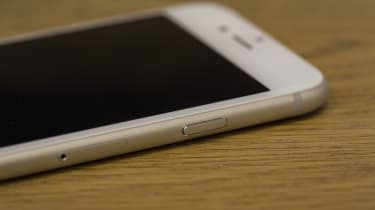 If we have one gripe with the iPhone 6s' design, it's that the rounded edges and slim profile make it somewhat slippery to hold. It's not a huge problem though, and it's not nearly as awkward to use as its larger-screened stablemate the iPhone 6s Plus.

Another thing that the 6s has borrowed from its predecessor is the 4.7in, 1334 x 750 display. This, sadly, is one of the few areas in which the 6s starts to look a bit behind the curve - even budget and mid-range phones now come with 1080p screens, and the likes of the Galaxy S8 with its QHD OLED panel positively leaves the iPhone 6s in the dust.

While there's nothing technically wrong with the display - which delivers bright, accurate colours, excellent contrast and wide viewing angles - it's outclassed by more modern screens, and we found ourselves longing for a higher-resolution display when watching videos.

The 6s uses Apple's dual-core 1.8GHz A9 processor, which offers a considerable boost in speed over the iPhone 6's 1.4GHz A8 chip. In our benchmark tests, the iPhone 6s was over 50% faster than its predecessor, and even compared favourably with current-generation Android flagships, beating the Galaxy S8's score for single-threaded operations. 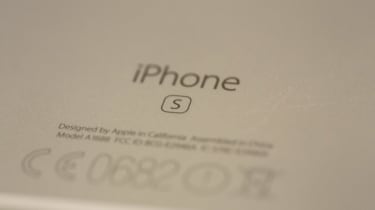 Of course, it's lagging considerably behind Apple's latest devices, and the iPhone X racked up roughly double the 6s' score in our tests. However, when compared to Android devices, the iPhone 6s is more than holding its own.

It's also light years behind current-generation Android devices, which are now regularly racking up a battery life of 20 hours or more. In light of this, the fact that the 6s will struggle to get you through a full day is a disappointment.

Apple's put a lot of work into the 6s's camera, fitting it with a larger 12-megapixel sensor this time instead of sticking with the 6's eight-megapixel sensor. This increases the amount of detail present, but its lack of optical image stabilisation means its low light performance isn't a match for the 6s Plus and more recent iPhones. 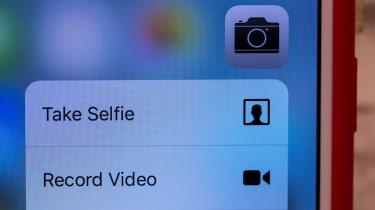 The difference in quality between the 6s and Android cameras isn't nearly as clear-cut, either. In fact, The Galaxy S8 and Google Pixel 2 have, by our reckoning, quite handily surpassed the 6s in terms of the quality of their photos. While it's still an excellent camera, it's no longer the world-beater that it once was.

3D Touch is the iPhone 6s's biggest feature. Much like Apple's pressure sensitive Force Touch technology on the Apple Watch and 12in Retina Macbook, 3D Touch allows you to press harder on the screen to access different shortcuts and options.

On home screen app icons, it works in a similar way to right-clicking an icon on a Mac or PC, allowing you to jump to certain tasks straight away without having to navigate to them manually within the app. For example, you could go straight to video recording in the Camera, or send a direct message in Twitter. In-app, 3D Touch doubles up as a preview tool, allowing you to peek into emails and URLs with an initial firm press, and then opening them fully by pressing even harder.

In most cases, 3D Touch is a great addition. It not only saves time, but it's also extremely practical, particularly if you're using the phone single-handedly. It's a shame not all apps work with 3D Touch right now, but this is sure to change over time. Likewise, Apple's clever haptic feedback system lets you know whether or not you've pressed the screen with enough force. 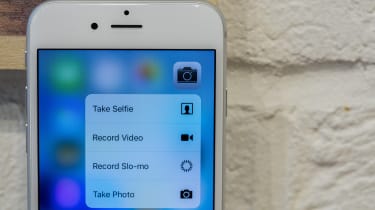 However, the 4.7in screen also has its downsides when using 3D Touch, as preview windows could often be obscured by our thumb. This is less of a problem on the larger 5.5in 6s Plus, but it's easy to work around once you get the hang of it.

Compared to Apple's more recent devices, the iPhone 6s may seem a little underwhelming, but it's worth remembering that it's also the company's most affordable mainstream handset. At 449 including VAT, it's around 250 cheaper than the iPhone 8, and less than half the price of the iPhone X.

It should also be noted that the iPhone 6s still compared very favourably to modern Android devices, rivalling devices like the Galaxy S8 and OnePlus 5T in terms of performance. It's not quite the equal of the 5T in terms of sheer value for money, given that the 5T has a much more impressive camera, screen and battery life, but it's still a worthy contender.

There are certain areas that let it down - an underwhelming display and distinctly sub-par battery life, for example - but the iPhone 6s isn't as outdated as you might think. For businesses that want to deploy iOS devices throughout their business without the extortionate pricetag of a current-generation iPhone, the iPhone 6s is still well worth taking into consideration.

It's not quite as new and shiny as it once was, but the iPhone 6s still has a lot to offer for budget-conscious users. Performance is still up there with some of the best Android devices on the market, and the design hasn't aged all that much. If you can look past an unimpressive battery life and a somewhat outdated screen, the 6s is still a good bet as a company smartphone.