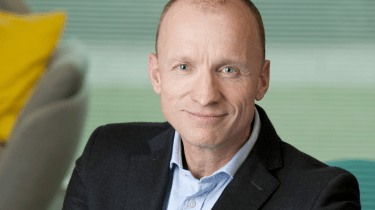 Swantee, who has occupied the CEO role for four-and-a-half years, will be replaced by EE's chief commercial officer, Marc Allera, who will lead the business when it becomes part of BT Group.

BT's intention to acquire the company for 12.5 billion was first announced in early 2015, and in October was provisionally cleared by the Competition and Markets Authority (CMA).

The CMA said the merger does not pose a risk to the UK's broadband or mobile markets, despite rivals voicing a number of concerns.

Market regulator Ofcom also raised an issue, saying the take over, along with similar ones such as Three's acquisition of O2, could harm competition.

However, the CMA is due to deliver a final verdict later this month.

Under Swantee's leadership, EE has attracted 12.6 million 4G subscribers, and appeared well on its way to hitting its target of 14 million by the end of 2015.

The outgoing CEO said in a statement: "As we approach the imminent completion of the deal with BT and the start of an exciting new chapter for EE, I've taken the enormously difficult decision to step down from my role as CEO, and pursue new opportunities.

"To leave EE is probably the hardest decision of my career, but I feel the time is right for me to handover for the next exciting chapter of EE's incredible journey. I wish Marc all the success for the future."