We put the two Android flagships head to head 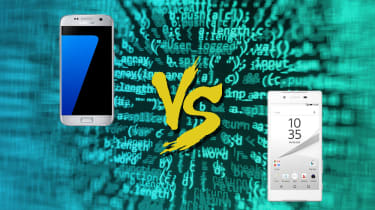 The Samsung Galaxy S7 is set to be one of the hottest items on this year's release calendar, following the highly praised Galaxy S6.

But how does it stack up against the latest in long-time rival Sony's Xperia range, the Xperia Z5? We face them off against each other to see who comes out on top.

Samsung hasn't changed too much about the display from last year's Galaxy S7 -- a sensible choice, given that it was one of the best around. It's still a 5.1in screen, with a QHD resolution of 1440 x 2560, presumably still using Samsung's Super AMOLED technology.

By comparison, the Xperia Z5's is marginally bigger at 5.2in with a resolution of 1080 x 1920 pixels. The almost imperceptible difference in pixel density isn't as important as brightness and contrast. Samsung's display will likely trump Sony's screen here. 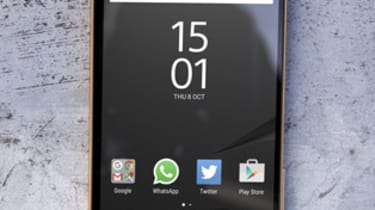 As with the display, Samsung hasn't changed a great deal about the S7's casing. While there have been some tweaks to the chassis of its stablemate, the S7 Edge, the standard model hasn't seen much alteration.

It's still glass (most probably Gorilla Glass 4), and it's ergonomically rounded. It's also curved on the back though, much like the Galaxy Note 5. This should make it more ergonomic to hold in the hand, but we'll have to wait for proper testing. 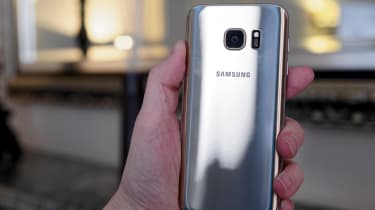 One big plus is that the camera housing now protrudes a scant 0.46mm from the phone's back, meaning we can kiss goodbye to the unslightly camera bulge from the previous Galaxy S6.

While the S7 has softer, rounded edges, the Z5 is much more stark and angular. Despite the ever-so-slight curve to the phone's sides, it feels boxy in the hand, and the lines are sharp and precise.

Like the S7, it's also glass-backed, but it's frosted and doesn't use Gorilla Glass. Although we like the more sedate frosted finish on the Z5, the fact that it's not Gorilla Glass means it's more prone to shattering, which is a shame.

In terms of weight and dimensions, the two handsets should roughly be on a par. 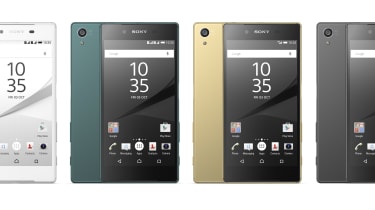 Samsung hasn't revealed the internal specifications of its device, but it has boasted that it will be 30 per cent faster than the S6. The claims are strikingly similar to the 30 per cent performance boost advertised by its Exynos 8890 CPU, indicating that Samsung has opted to include its own processor in the S7.

If so, it'll be an octa-core chip with big.LITTLE architecture, including four 2.3GHZ cores, and four cores clocked at 1.6GHz. It will also support high performance gaming and 600Mbps download speeds.

The Z5 is outfitted with the Snapdragon 810 processor. It's also octa-core, but is clocked at slightly slower speeds -- 2GHz and 1.5GHz for its respective core clusters. It performed well in our benchmarks, but was let down by issues with overheating. To try and head off any overheating issues, Samsung has taken the drastic step of using watercooling in the S7 - a bizarre first for any leading smartphone.

In terms of RAM, all signs point towards the S7 getting a 4GB allocation. The Z5 has 'only' 3GB, and while that's still no mean amount, that extra 1GB in the S7 should make a noticeable difference to multitasking and future-proofing.

The Z5 was outperformed in our benchmarks by the S6, so we'd expect the S7 to better it considerably. A new generation flagship phone typically brings more sophisticated internals and better optimised software, so we'd be surprised if Samsung's new device doesn't leave Sony in the dust.

The Samsung S7 also uses the newly released Vulkan graphics API -- the first smartphone to utilize the new standard. It promises higher graphics performance and image quality, while limiting the heavy lifting done by the CPU.

One of Samsung's most controversial decisions with the S6 was the removal of IP68 water and dust-proofing and expandable storage. As two particularly beloved features, their loss was a sore point for many Galaxy fanboys.

Thankfully, Samsung fans can rejoice in the knowledge that the company has listened to its user-base and reinstated both waterproofing and expandable storage, up to a maximum of 200GB.

Sony has continued to support both features on its flagship range for a number of years, and has leaned heavily on the water-resistance in the past.

However, numerous reports of waterproof Xperia devices turning out to be not quite so waterproof after all has led to Sony significantly revising its marketing. It now frames the Xperia range as 'splashproof' rather than fully submersible.

With that in mind, we'd be slightly more confident getting Samsung's phone wet than we would the Z5. However, it's safe to say that it's not a particularly good idea to take either of them swimming.

The S7 has a 3,000mAh battery, beating its predecessor by almost 500mAh. This should push the battery life back up to the levels seen in the Galaxy S5, after the last version took a little bit of a dip.

Battery life is usually one of the Xperia range's strong suits, but the Z5 was a little disappointing in this area, possibly due to the Snapdragon 810's aforementioned overheating.

The Z5 only lasted 11h 29m in our battery tests, whereas the S6 lasted over two hours longer. Taking into account the S7's larger battery, the new device is likely to match this figure at the very least.

On the other hand, the Z5 has a suite of excellent battery-saver modes at its disposal. They have much more granularity than Samsung's, allowing users to fine-tune their battery consumption to eke out their power for longer if they need to.

The S7 does have more charging options. It retains the S6's wireless charging, via the Qi and PowerMat standards, as well as its adaptive fast-charging. The Z5, by contrast, just has fast-charging.

Camera quality is one of the major ways smartphone manufacturers attempt to differentiate themselves from the competition. By and large, Apple is the undisputed leader of the smartphone photography space, but its competitors are quickly catching up.

Leading the charge against the iPhone are Sony and Samsung. Both the Z5 and the S6 had absolutely superb cameras, with excellent levels of detail and sharpness, although the S6's sensor was better at noise reduction. 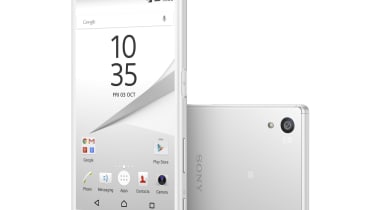 For its newest device, Samsung has made some improvements in one main area - low light photography. It's upped the aperture size to f/1.7, as opposed to f/1.9 on the S6 and f/2.0 on the Z5.

This allows 25 per cent more light to reach the sensor, resulting in much higher quality shots in poor lighting conditions. The sensor itself has also been retooled. The number of megapixels has been reduced, but they're now bigger so they can absorb more light.

The S7 also has a dual pixel sensor, which should improve autofocus speed and accuracy.

The Sony Xperia Z5, while not a bad phone by any stretch of the imagination, lost out to the Samsung Galaxy S6 last year, when they were both new. Compared to Samsung's next-generation flagship, it should be no surprise that the Xperia Z5 is hardly any competition.

There's still a fair amount we don't know about the S7, and we can't run a full comparison until we test it in lab conditions. However, if what we've seen so far is any indication, Samsung's latest smartphone is going to trump Sony's Z5 on almost every level.