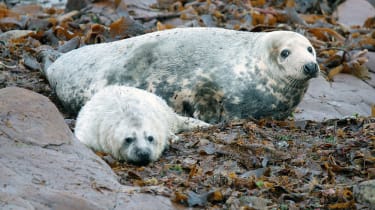 Seals living on Scotland's Orkney islands are to receive Internet of Things (IoT) tags as researchers try to understand why their population is in decline.

The Sea Mammal Research Unit (SMRU) at the University of St Andrews is to conduct a three-year government-backed study, attaching telemetry tags to the fur at the back of the heads of several Orkney seals.

The lightweight tags will then be cast off when the seals moult, the scientists have said.

The marine tags, which are being supplied by Vodafone, use the mobile operator's latest machine-to-machine (M2M) technology to send vital information from a seal when it surfaces or beaches directly back to SMRU for analysis.

Vodafone's M2M technology has been used in new cars, heart monitors and smart meters, but this is the first time it will be used to monitor the wellbeing of marine mammals.

Harbour seals are one of two seal species that reside in the UK, and their numbers have declined by up to 90 per cent in some areas in and around the north and east coasts of Scotland, including Orkney, since the year 2000, according to SMRU.

"Over the last 15 years, many of the harbour seal populations in the Northern Isles and on the north and east coasts of Scotland have been declining," said SMRU's deputy director Dr Bernie McConnell.

"Marine data collected during this project on Orkney will help to assess the causes, management and mitigation options in relation to the harbour seals' decline and to prioritise future research directions."

Vodafone UK's corporate and external affairs director, Helen Lamprell, added: "The first mobile call was made on our network more than thirty years ago. We will now be the first company to help transmit valuable information from seals.

"This project is proof that collaborations between government, science and the private sector can work to improve better informed policy decisions on the environment. We are delighted to be able to provide Bernie and his team with access to our technology and consultancy."

Vodafone are not alone in connecting wildlife. Microsoft has also been exploring ways to use IoT to monitor and conserve wildlife.

There is also a great deal of pet tracking tags and IoT-related pet devices in the works.