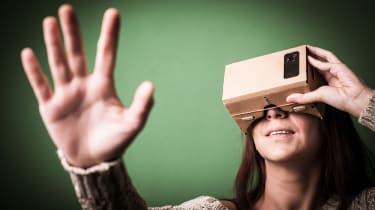 YouTube has introduced live-streaming capability to its 360-degree video feature, starting with the US Coachella festival.

The announcement marks the latest stage in the company's plans to make VR and 360 video as big a part of its offering as traditional video.

The company has also added 3D special - or 'binaural' - audio to its roster, meaning sounds from a VR recording can change in a realistic manner to reflect where the user moves their head.

"Just as watching a concert in 360 degrees can give you an unmatched immersive experience, spatial audio allows you to listen along as you do in real life, where depth, distance and intensity all play a role," a YouTube blog post read.

Users have had the ability to watch and upload recorded 360-degree content for over a year, using a smartphone, tablet, PC or Google Cardboard.

Anyone can livestream 360 content, provided they have a compatible 360-degree camera and an upload speed between 10Mbps and 20Mbps.

The news comes hot on the heels of Facebook's announcement of its own open source 360-degree camera, which is designed to similarly bolster the uptake of social VR.

However, YouTube is the first to combine 360-degree video and livestreaming, whereas Facebook only offers them as separate services.

While VR devices such as the Oculus Rift and HTC Vive have grabbed headlines, many analysts have predicted that mobile VR headsets like the Samsung Gear VR and Google Cardboard will make up the vast majority of shipped units.

This is due to their affordability when compared to the much more expensive premium headsets, as well as a growing amount of quality free VR content being made available on platforms like YouTube and Facebook.

"From musicians to athletes to brands, creators have done some incredible things with this technology," YouTube executive Neal Moghan said. "Now they'll be able to do even more to bring fans directly into their world, with 360-degree live-streaming."