Commission claims Google has stifled competition in the mobile market 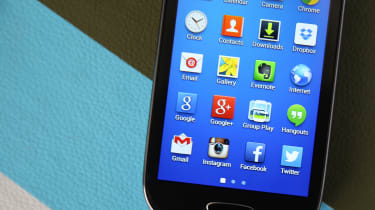 The European Union has slapped Google with a formal antitrust charge over its Android operating system and its accompanying suite of pre-installed apps.

At a press conference today, the EU's commissioner for competition, Margrethe Vestager, said Google had "abused its dominant position" and reduced competition in the mobile software market by incentivising handset manufacturers to bundle its suites of apps at the expense of others.

"A competitive mobile internet sector is increasingly important for consumers and businesses in Europe," said Vestager. "Based on our investigation thus far, we believe that Google's behaviour denies consumers a wider choice of mobile apps and services and stands in the way of innovation by other players, in breach of EU antitrust rules."

The European Commission's dissatisfaction with Google and its business practices stretches back for a number of years.

Following a five-year investigation, the Commission formally accused the search giant of using its clout to bias search results in April last year. Soon after, the Commission said it would be launching an investigation into allegations that it forces handset manufacturers to pre-install certain apps.

Today's charges, which come as a result of that investigation, specifically claim Google has restricted competition by pressuring manufacturers to include its apps such as Gmail, Google Search and Google Play on their smartphones. Manufacturers that offer Android-powered smartphones are currently required to offer all of Google's suite of apps as a bundle they cannot offer Gmail, and then include another maps application of their choice, for example.

There have been allegations, which Google denies, that it actively pays companies to pre-install its apps and stop them from using rival services.

The Commission is concerned that Google is "giving financial incentive" for handset manufacturers to pre-install Google Search, and make it the default search engine, the result of which has prevented smartphone makers from offering alternatives.

In response to these claims, Google senior vice president and general counsel Kent Walker told IT Pro: "Android has helped foster a remarkable and, importantly, sustainable ecosystem, based on open-source software and open innovation. We look forward to working with the European Commission to demonstrate that Android is good for competition and good for consumers."

Google has objected to the claims by the EU Commission, saying its partner agreements are entered voluntarily, and that manufacturers can choose to load the suite of Google apps to their devices, as well as freely adding other apps as they wish. It also asserted that Android phones also come with apps from Microsoft, Facebook, Amazon and others pre-installed.

However, complainants to the EU Commission are unlikely to agree. Dozens of companies have lodged complaints against Google and Android in Europe, including Microsoft, Nokia, Oracle and telecoms companies. Smaller firms, such as the providers of Portugal-based Android app store Aptoide, have also issued complaints.

Google's recent woes in Europe have been a sore topic for the search giant. It has received a number of threats for fines related to its search engine business and has been forced to change the search results on its European search sites to ensure they do not break the EU rulings on right to be forgotten'. The company has also faced criticism over its tax payments in France, the UK and other European countries.