This Windows phone is the runt of the litter 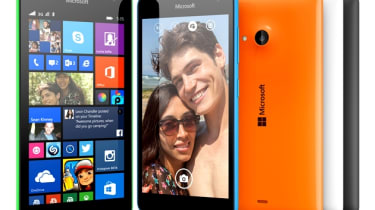 Although Windows Phone has failed to find mainstream success, Microsoft's Lumia range has nonetheless built a devoted following of hardcore fans. This is largely because the cheapest members of the Lumia range are very cheap indeed, yet have none of the horribly laggy responsiveness and performance problems that have traditionally plagued similarly price Android smartphones.

The Lumia 535 is one of Microsoft's cheapest Windows smartphones at well under 100 inc VAT SIM-free, but it's not the bargain that it appears to be.

The Lumia 535 is a budget handset available in a range of bright, distinctive and cheerful colours, but it feels very cheaply made. The build quality is shocking - the phone is audibly creaky, with noticeable flex when put under any pressure. 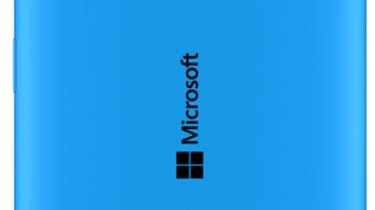 This is partly because of the detachable rear shell which feels ridiculously flimsy. It also picks up fingerprints far too easily.

The rear covers are interchangeable, however, so you can swap it out for a differently coloured option later if you so wish. 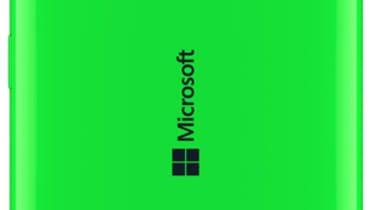 However, there's no 4G or NFC. You can add more storage via MicroSD card which will be a necessity given the paltry 8GB of built-in storage.

It's not surprising that the Lumia 535 is a bit underpowered, given its low price, but it's disappointing even by the low standards of budget phones. It's fitted with 1GB of RAM and a quad-core Snapdragon 200 clocked at 1.2GHz, which should be fine, in theory, especially since Windows tends to cope well with modest components.

In practice, however, the 535 is sluggish and jerky, with long load times and an occasional failure to register button-presses at all. Software updates have fixed a few of the phone's issues, but it's still painfully obvious that the 535's hardware can't quite cut the mustard.

the 535 is sluggish and jerky

It's the same story with battery life. The Lumia 535's battery managed just 7 hours and 10 minutes in our video playback benchmark, which is well below the competition.

The 5in display has resolution of 960 x 540 pixels. It's not very sharp, but it's just about good enough. The phone's excellent brightness makes up for this to an extent, but the trade-off is that blacks look noticeably grey and washed-out.

The Lumia 535 has five-megapixel cameras on both the front and back of the phone, but we weren't very impressed with the overall picture quality. Outdoors, our shots were reasonably well-exposed with rich, accurate colours, but particularly light or bright areas seemed to bleed out into the surrounding picture, making certain areas appear slightly soft and hazy. We found this rather off-putting as it removed a lot of the detail on show and gave everything a noticeable white and yellowish sheen. Objects and buildings further also weren't particularly crisp round the edges, and shadow areas looked a little green. 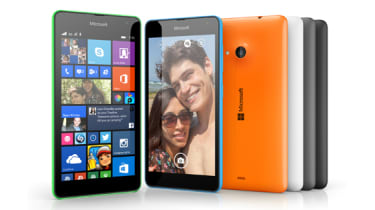 Windows Phone 8.1 is undeniably one of the cleanest and most user-friendly mobile operating systems and is generally a breeze to navigate. Cortana, the built-in voice-activated personal assistant, isn't quite as smart and spot-on as Google Now but it's not far off. On the downside, it still has a fairly massive dearth of apps. 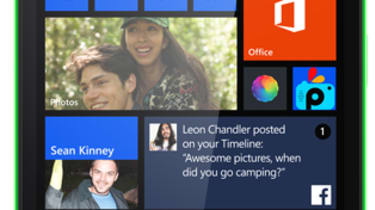 All the essentials are there in some form, but many lag behind their Android and iOS counterparts, and many companies have dropped support for Windows Phone altogether. If you're someone who regularly relies on apps, this is not the phone for you.

Microsoft has confirmed that the Lumia 535 will receive a free upgrade to Windows 10 Mobile, although our review unit has yet to receive it. When it does, it's highly, highly unlikely to get Continuum given that the newer and more powerful Lumia 650 doesn't get it. This is a shame as it's one of Windows 10 Mobile's best features and is one of the few things that sets Microsoft's latest mobile OS apart from the competition. 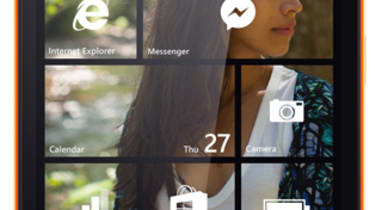 While you could argue that the Lumia 535's litany of flaws and disappointments are forgivable given the rock-bottom asking price, there's a raft of similarly priced Android models that are far better value.

There's simply no reason to settle for this many compromises when other manufacturers are regularly churning out far more impressive devices at around the same price.

Not even its bargain-bin price can save this Windows phone from its many, many inadequacies