Hutchison “deeply disappointed”, but analyst suggests its proposed remedies may have killed deal 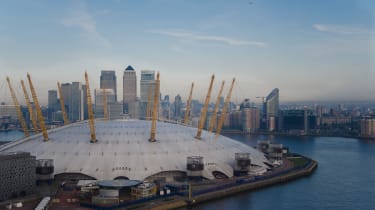 Commissioner Margrethe Vestager said: "Allowing [Three's owner] Hutchison to take over O2 at the terms they proposed would have been bad for UK consumers and bad for the UK mobile sector."

The UK's mobile market currently has four players EE, which BT bought for 12.5 billion at the start of the year, Telefnica-owned O2, Vodafone, and Hutchison-owned Three.

Merging O2 and Three would have reduced customer choice and stifled competiton, the European Commission ruled today, as well as harming the developing of crucial mobile infrastructure to support 5G.

"Consumers would have had less choice finding a mobile package that suits their needs and paid more than without the deal," said Vestager. "It would also have hampered innovation and the development of network infrastructure in the UK, which is a serious concern especially for fast moving markets."

The decision follows UK telecom regulator Ofcom's own analysis that found mobile prices were 10 to 20 per cent more expensive in countries with just three mobile operators.The watchdog subsequently urged the Commission to block the deal.

Dan Howdle, telecoms expert at mobile advice site Cable.co.uk, said:"Likely, this will feel staggeringly unfair to O2 and Three, having watched as Orange and T-Mobile were allowed to do exactly what they are being denied, and then go on to become the dominant force in the UK mobile market."

"Unfortunately, research by Ofcom has suggested that a reduction of four network providers to three will potentially send mobile contract prices skyrocketing," he added.

The Commission added that Hutchison's proposed remedies were not good enough to make up for the damage its merger would have posed to the UK mobile market.

Those remedies were designed to offset the EU's concerns, with Hutchison promising to let one or two mobile virtual network operators (MVNOs) piggy-back on its network, and drop O2's stake in Tesco Mobile, another rival venture.

It also offered to give a share of its network capacity to Virgin Media.

The European Commission called proposed behavioural remedies, meant to address concerns around network-sharing agreements, "difficult to implement and monitor effectively", and others meant to mitigate any impact on MVNOs "commercially unattractive".

Research firm CCS Insight's principal analyst of operations, Kester Mann, believes Hutchison's emphasis on only helping firms without dedicated mobile networks in its remedies may have been a major factor in the Commission's decision to block the merger.

He said: "Although the Hong Kong company offered a range of concessions, its apparent preference to assist virtual providers or those with a heritage in fixed-line broadband or TV including Virgin Media, rather than facilitate a more mobile-focussed rival, may have been the undoing of the deal."

Hutchison said it is "deeply disappointed" by the Commission's verdict, and is entertaining the possibility of a legal challenge.

A statement from the company read: "We strongly believe that the merger would have brought major benefits to the UK, not only by unlocking 10 billion of private sector investment in the UK's digital infrastructure but also by addressing the country's coverage issues, enhancing network capacity, speeds and price competition for consumers and businesses across the country and dealing with the competition issues arising from the current significant imbalance in spectrum ownership between the UK's MVNOs."

But CCS Insight's Mann warned the decision leaves both Three and O2 "in a precarious position with uncertain futures in the UK".

O2's most likely path is a sale to private equity or a company outside the UK, he said, such as Liberty Global.

Mann said: "A possible option could be to acquire TalkTalk. The broadband and TV provider deploys a similar low-cost strategy and could be available in a cut-price deal having been badly damaged by a recent security breach.

"Such a deal would not attract major competition concerns and would offer greater scale as well as a position in the rapidly-growing UK multiplay market."

An end to mobile consolidation in the UK?

Despite waves of consolidation across Europe, the Commission's move to kill the Three-O2 merger will spell an end to the trend in the UK, analysts believe.

CCS Insight analyst Mann added: "It casts serious doubt over the future structure of a European telecoms sector that had banked on the tie-up paving the way to further consolidation.

"After similar deals were waved through in Austria, Ireland and Germany, the European Commission has either been hugely inconsistent in its merger and acquisition policy or failed foresee the alleged negative impact in these markets that have already consolidated."