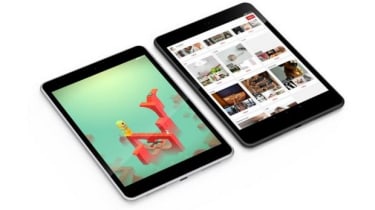 18 months after Microsoft bought Nokia and dissolved its brand, the company could be seeing a rebirth under newly created company HMD Global.

Microsoft has sold the old Nokia brand, splitting it in two. The brand part of the company was sold to HMD Global, which was set up by old Nokia employees, while the manufacturing, distribution and sales arms of Nokia have been bought by iPhone manufacturer Foxconn's subsidiary FIH, which will also build the next Nokia phone.

Nokia's line-up will run on Android, rather than Windows as was the case with previous devices made by both Microsoft and Nokia before it, demonstrating a huge shift for the company as it plans to make feature phones smarter.

However, the deal only covers Microsoft's feature phone business rather than its flagship smartphone arm, which bore devices such as the Lumia 650 XL and Lumia 930.

"We will be completely focused on creating a unified range of Nokia-branded mobile phones and tablets, which we know will resonate with consumers," Arto Nummela, chief executive of HMD global said.

"Branding has become a critical differentiator in mobile phones, which is why our business model is centered on the unique asset of the Nokia brand, and our extensive experience in sales and marketing. We will work with world-class manufacturing and distribution providers to move quickly and deliver what customers want."

The news also means a new area of business for Foxconn, which previously only manufactured devices on behalf of big tech companies such as Apple, rather than having a brand of its own. Although these new devices presumably won't bear the Foxconn logo either, it's still a step in the right direction for the Taiwanese company.

"This agreement will give HMD full operational control of sales, marketing and distribution of Nokia-branded mobile phones and tablets, with exclusive access to the pre-eminent global sales and distribution network to be acquired from Microsoft by FIH, access to FIH's world-leading device manufacturing, supply chain and engineering capabilities, and to its growing suite of proprietary mobile technologies and components," a Nokia statement said.