Fitbit steps up its game with mobile payments acquisition

NFC payment technology could be coming to future Fitbit wearables 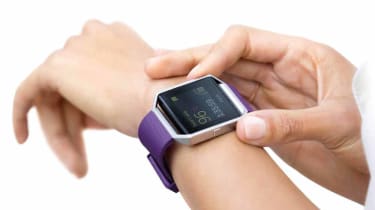 Fitbit is gearing up to introduce mobile payments to its smartwatches with the acquisition of intellectual property from Coin.

The nascent company, based in Silicon Valley, is the creator of two novel payment methods. The first is a smart credit card, also called coin, that holds all of a users' credit cards on one single device. The second, which it has collaborated with MasterCard to create, is a method of integrating payments systems into wearables.

It is the intellectual property for this latter technology that Fitbit acquired last week, although the official announcement has only just been made now. The deal also includes "key personnel", who will join the Fitbit team.

In a statement, James Park, the CEO and co-founder of Fitbit, said: "We are focused on making wearable devices that motivate people to reach their health and fitness goals, and that also make their lives easier with the smart features they need most.

"Coin has been one of the key innovators in advanced payment solutions. The inclusion of their payment technology into our offerings will further our strategy of making Fitbit products an indispensable part of people's lives."

The deal does spell bad news for owners of Coin's own Coin 2.0 wearable device and developers for the platform.

In a statement on its own site, Coin said that customers can continue to use Coin 2.0 until the battery runs out, but it will not be issuing replacements, and Coin Rewards and the Coin Developer Program have been retired with immediate effect.