Motorola could be reviving the Moto Razr 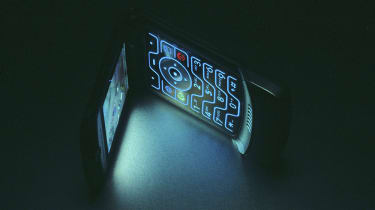 Motorola may be planning to bring back the Moto Razr flip phone, a teaser video has hinted.

The video, uploaded to YouTube by the Lenovo-owned company, harks back to the Razr's golden age in the early 2000s and focuses on various teenagers using the devices over a pop-punk soundtrack.

The video's caption reads "flip back to the Razr days of yesteryear and get ready for the future", and links to a sign-up page for information about an event of 9 June. This indicates that the Razr could be due for a revival.

Since the rise of the iPhone, the mobile market has been dominated by the slate, with almost all devices arriving as flat, glass slabs. Alternative form factors are making a comeback, however.

Last year, BlackBerry released the Priv - the company's first slider phone in years - to overwhelmingly positive reviews, with many praising the phone's marriage of old-school mechanics and modern technology.

So could the flip phone be due for a similar resurgence? The principal problem would be the screen. Many modern apps demand a larger screen size, while a flip phone would be restricted by the size the front lid.

There's also the question of whether or not the manufacturer would be able to fit all the components needed by a modern high-end smartphone into a flip phone's diminutive casing.

A new, old-school Razr would certainly need a radical redesign, but could potentially find itself with a lucrative niche in the nostalgia market, considering that the Razr was THE phone to have in the late 2000s.