But hardware sales continue to slide at troubled smartphone maker 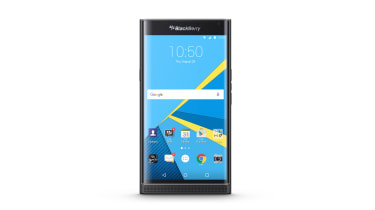 BlackBerry's hardware sales have continue to slide, but software revenue is growing as the company shifts its focus away from handsets - and CEO John Chen has won himself another year to try to keep the struggling Canadian firm afloat.

Revenue slid to $400 million for the most recent quarter, down by 39 per cent year-on-year, although that included writedowns and restructuring charges. Mobility Solutions, the division that includes hardware, slid to $152 million from $269 million last year, but software sales saw marked gains.

"In software, we perform well and continue to deliver the robust growth," Chen said. "Excluding IP licensing, software and services grew 131 per cent year-over-year. This is the second consecutive quarter we more than doubled our software services revenue."

Chen was re-elected chairman of the board on Wednesdsay for another year, revealing a few details about the company's future plans - including new handsets to help boost hardware sales.

BlackBerry will launch two phones before the end of the fiscal year, both mid-range models cheaper than its Android-running Priv, which cost 483 excluding VAT.

"The Priv is a great product but it's too expensive for enterprise," Chen said, according to a report in PC World. "This is why enterprises and the carriers that supply them have been asking for a mid-range phone. That's why I think we should produce a mid-range product with our level of security."

Chen didn't reveal much more than that, saying further details would be announced next month.

New handsets could help prop up struggling sales, with BlackBerry selling only 500,000 phones - down from 600,000 last quarter.

Reports have long circulated that BlackBerry will - or should - pull out of making handsets and focus on its OS and security systems, but Chen said hardware is not over.

"I really, really believe we can make money out of the handset business," he said. "But to make sure we don't put too much emphasis on the hardware, we started the software business."

That said, if it does entirely drop handsets, Chen said he doesn't expect such a move to have a material impact on BlackBerry's software business, and noted that software and services margins had climbed to the highest level since 2007.

"We're at a point where our business is extremely efficient and we no longer really are making any hardware," Chen added. "We are really a hardware design house."