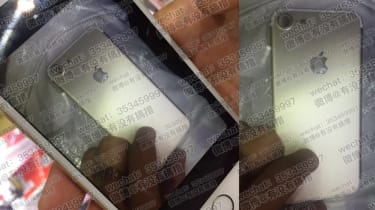 Corning has developed its latest version of Gorilla Glass, which the company says could resist damage in 80-per cent of phone drops from up to 1.6m.

Corning's Gorilla Glass 5 has been tested on a variety of surfaces, including abrasive sandpaper. The company said in lab tests, some phones managed to resist damage even after being dropped up to 20 times.

It also reported the devices tested in the lab survived scratches too, with many of the devices coming out of the lab environment completely unscathed.

"We've been working with our closest customers for quite some time now," Corning's vice president and general manager John Bayne told the BBC. "And there's tremendous interest in this product for obvious reasons."

Although Corning hasn't revealed which smartphone manufacturers will be using its latest version of smash proof glass, it's likely it will appear on future flagship devices made by Samsung and Apple, including the iPhone 7.

But, Bayne added that he can't guarantee all devices using Corning Gorilla Glass 5 would be able to withstand such tests because it all depends on how the manufacturer implements the glass.

For example, a manufacturer may decide to overlap the glass with other materials that could cause the reverberations to damage the glass f dropped in a certain way.

Gorilla Glass is so strong thanks to the techniques used during manufacture. Fusion Forming involves placing the raw materials used to make the glass into a melting pot, where it's transformed into a molten form and poured into an isopipe. When the isopipe is over-filled, the liquid forms together underneath to make a stronger glass panel than traditional glass-making methods.