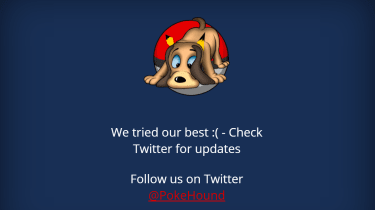 The maker of Pokmon Go has revealed why it removed a tracking feature that was being used by third-party developers to offer Pokmon-tracking maps.

Niantic, the developer of the popular augmented-reality game, removed the "three-step tracking" feature in the app's first major update yesterday.

That meant tools such as Pokhound and Pokvision were forced to stop operating, as they used the feature to offer their Pikachu hunting maps.

Following outrage from players, Niantic has revealed the reasons for the move on the official Pokmon Go Facebook page - and suggested the feature could return in the future.

"We have removed the three-step' display in order to improve upon the underlying design," the post reads. "The original feature, although enjoyed by many, was also confusing and did not meet our underlying product goals. We will keep you posted as we strive to improve this feature."

Niantic also said use of the feature by third-party developers was "interfering with our ability to maintain quality of service for our users and to bring Pokmon GO to users around the world." The game has suffered outages brought on by high demand - reports suggest the app has been downloaded more than 100 million times already.

Some maps found ways around the tracking ban, however, including Smart Pok 2 - so Niantic will have to keep working if it wants to shut 'em all down.

The latest Pokmon Go update has highlighted the tenuous position of third-party developers building on popular games or online services.

Pokmon Go creator Niantic yesterday yanked the "footprint tracking" feature that pointed players to nearby Pokmon, helping them more easily add local Bellsprouts, Hypnos and other characters to their collection.

However, the footprint tool has been used by third-party developers to build apps and sites to game the system, letting users find exactly where rare Pokmon are hiding, without having to wander aimlessly around their local park or stumble down streets staring at their smartphone.

Such tools, including Pokhound and Pokvision, are now broken. "You don't invent Marco Polo, get 80m players to join, then remove the Polo part and expect people to keep playing," said Pokvision co-founder Yangcheng Liu on Twitter. Pokvision said on Twitter yesterday: "At this moment, we are respecting Niantic and Nintendo's wishes." 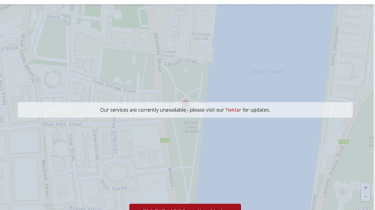 But third-party developers shouldn't be surprised. Niantic Labs CEO John Hanke said last week he is not a fan of tools such as Pok Radar that show players exactly where to find rare Pokmon, and hinted such sites would be shut down in future.

"Yeah, I don't really like that," he told Forbes. "Not a fan. We have priorities right now but they might find in the future that those things may not work."

He added: "People are only hurting themselves because it takes some fun out of the game. People are hacking around trying to take data out of our system and that's against our terms of service."

Aside from damaging gameplay - or helping it, depending on your point of view - third-party tools can add to server demand, already a problem for the popular game. Reports suggest Niantic has also sent cease-and-desist letters to Pokmon tracking tools.

It's not the first time third-party developers have been caught out by trying to add services to a successful app. Twitter has frequently drawn the ire of developers with its API changes, and in 2011 slapped down those trying to make third-party clients.

CEO Jack Dorsey this year apologised for Twitter's poor treatment of developers. "We need to make sure we are servicing all of our organisations and developers in the best way because that is what is going to make Twitter great," he added, according to Fortune. Perhaps one day Hanke will feel the same about Pokmon trackers?

The Pokmon Go change has also caught out some users, who are demanding refunds from the game in protest.

Players can make in-app purchases for items to help them capture Pokmon, and reports suggest they're getting refunds when asked from Apple. Google appears to require users to contact support for refunds.

Alongside removing the Pokmon tracking footprint feature, Niantic has also added the ability for users to re-customise their avatars and tweaked how the game counts battle damage, and fixed a few bugs.

What's next for Pokmon Go? It could be about to get VR support.