However, convertible two-in-one PCs are taking the market share, so all is not lost 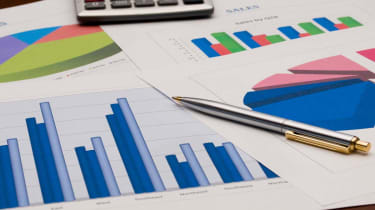 Tablet sales were down 16 per cent in the second quarter of 2016, due to increased use of smartphones and convertible two-in-one PCs, Canalys has reported.

The research firm's latest tablet sales report revealed 35 million tablets shipped in the quarter, with Apple leading the charge, taking 28 per cent of the tablet market.

Samsung hasn't moved from second place, with 16 per cent, while Lenovo and Huawei shipped two million tablets apiece, accounting for six and seven per cent of the market respectively.

Despite strong shipments from three Android tablet manufacturers, it was those tablets running on Google's operating system that suffered the most, falling 23 per cent globally.

"Top-tier brands Dell, HP and Sony have all but given up in this space, while the likes of Huawei, Lenovo and Samsung try to leverage their brands and premium designs to hold on to higher price points.'

However, business devices are showing a more positive outlook compared to the consumer segment, Canalys added, but again, this is due to the popularity of tablets that can transform into laptop-like devices with the addition of a keyboard.

"Microsoft's Surface Pro and the iPad Pro have confirmed that there is a growing demand for detachable tablets in business," added Research Analyst TuanAnh Nguyen.

"We are not going to see B2B demand propel tablet shipments to the heights of previous quarters. But the ongoing transition to Windows 10 and the arrival of multitasking in Android Nougat should provide an opportunity for vendors to capitalise on selling tablets and their associated services to businesses."