People admit to using the internet way too much

Ofcom report finds people neglect work to watch Netflix, but at least it's good for the telecoms market 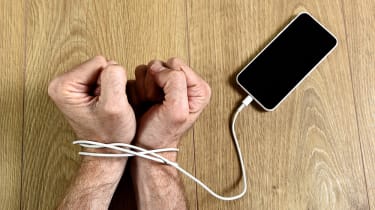 The UK telecoms market is now worth 37.5 billion, beating five years of decline to record 0.5 per cent growth from 2014 to 2015, according to communications regulator Ofcom.

The 200 million bump was mainly down to more households getting superfast broadband, Ofcom's Communications Market Report found, with their monthly internet spend rising from 13.44 in 2014 to 15.05 in 2015.

Superfast broadband connections of at least 30Mbps grew by two million to 9.2 million households during 2015.

Two-thirds of adults now go online through a mobile device, Ofcom's report found, a rise of five per cent from the 61 per cent recorded in 2015, according to Ofcom's Technology Tracker survey, one of several studies detailed in the report.

With more people owning smartphones, use of instant messaging tools like WhatsApp has also risen, up from 28 per cent in 2014 to 43 per cent in 2016, according to Ofcom's Digital Day study.

This is at the expense of traditional SMS messaging, which declined by eight per cent to 63 per cent over the same period.

Meanwhile, demand for streaming services like Netflix and Amazon Prime has risen, with the weekly reach growing from 18 per cent to 26 per cent.

However, the popularity of devices and web services is such that many people admit to feeling "hooked" to them, an Ofcom study of 1,861 teenagers and adults found this year.