If you waited for the second generation, you haven't wasted your time 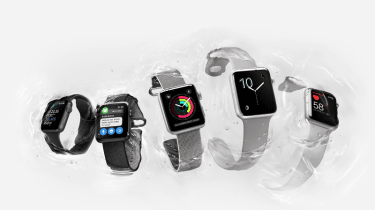 The Apple Watch Series 2 is once again available in two sizes, 38mm and 42mm. In addition to the existing aluminium, steel and Herms editions in the now rebranded Series 1, the company introduced two new options - ceramic and Nike+.

A wide variety of straps is also available, made from materials including fluoroelastomer, leather and steel, all of which come in different colour options (more on this below).

There have been no changes to the battery life on the Apple Watch Series 2, compared to the Apple Watch Series 1, however it does now have a more powerful system chip - the SiP 2 - and is waterproof to a depth of 50 metres, a welcome feature for swimmers and surfers. It also has a new screen and, for the first time, a built-in GPS.

Formerly known as Sport, "aluminium" is the entry level device for the Apple Watch Series 2, as it was in the first iteration of the device. It is more expensive than the original Apple Watch Sport was at launch (369 vs 299), which could be attributed to its new features, including dual-core processor and brighter screen.

The Apple Watch Sport 2 is available in four case colours: silver, black, gold and rose gold, all of which are made from Aluminium. 12 different colour fluoroelastomer and woven nylon straps are available at launch and, if the last Apple Watch is anything to go by, more colours could be joining the ranks in about six months' time.

Formerly known simply as "Apple Watch", Apple has decided to update the name of its mid-market wearable, calling it the Apple Watch Series 2 steel. With grey, black or silver brushed steel casing and leather, metal and fluoroelastomer strap options, it's once again the up-market-but-not-too-flashy entry for the Apple Watch.

Apple has ditched the 18-carat gold and rose gold Edition lines and introduced instead a ceramic casing option in series 2. It's not quite as pricey as the original Edition was, starting at 1,249 and going up to only 1,299. It is available with just one strap, white fluoroelastomer, to complement the white chassis.

Apple's collaboration with French fashion house Herms began last year and continues with Apple Watch Series 2. It's the watch straps, rather than the casing (which is all brushed aluminium), that sets the Herms range apart. Indeed, the most expensive device in the range, clocking in at 1,549, is the Apple Watch Herms Stainless Steel Case with toupe Swift Leather Double Buckle Cuff.

Building on its reputation as a sports and fitness device, Apple has teamed up with Nike for the Apple Watch Series 2 to bring the Nike+ version of the device. The main differences between the Nike+ Apple Watch and the rest of the range are on the software side - specifically the Nike Running Club App, which is built in, as well as some exclusive watch faces. There is one cosmetic difference, though, which is a Nike-designed fluoroelastomer band.

Apple Watch Series 2's built-in GPS has opened up a wealth of new apps. One of the most interesting is ViewRanger, a hiking app, that guides the wearer along a given route. It will monitor their fitness along the way and tell them when they have come to the end of their route. 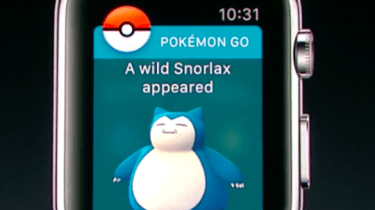 Apple also debuted Pokmon Go on the Apple Watch, once again focusing on its fitness credentials and working kilometres walked - an integral part of the game for trainers wanting to hatch eggs - into the device's fitness monitoring. The device will also tap the wearer on the wrist when there is a Pokstop nearby.

Apple Watch Series 2 will run watchOS 3 straight out of the box.

Is it worth upgrading?

It's always hard to tell before we've had a chance to review a new device properly. We are pretty excited by the swimming, hiking and Pokmon Go-ing capabilities of the Apple Watch Series 2, although we will have to wait to test them ourselves to see if they live up to expectations.

What we would say is that, if you were holding out for the second iteration of the Apple Watch, you haven't wasted your time.