How Apple's iPhone 7 and 7 Plus compare to their predecessors 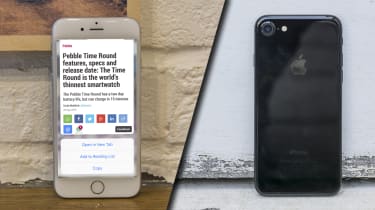 The camera is one of the biggest changes for the iPhone 7 series when compared to previous models.

The Apple iPhone 6s and 6s Plus models both feature a 12-megapixel rear camera coupled with a 5-megapixel front-facing camera, both with an aperture of f/2.2. The front facing camera features a Retina Flash and the rear camera is capable of 4K video recording.

However, the rear camera aboard the iPhone 7 and iPhone 7 Plus features a new 6-element lens with a wide f/1.8 aperture to allow in more light; it has a 12MP sensor with optical image stabilisation, and a quad-LED TrueTone flash with built-in flicker sensor, which Apple said will compensate for artificial light, and a brand new image signal processor.

The iPhone 7 Plus goes one step futher than the iPhone 7, too. Its setup boasts a pair of 12MP sensors in a dual-camera setup, one with a wide-angle lens and one with a telephoto lens; the result is a setup that has a much higher image quality overall, but can also perform 2x optical zoom and up to 10x software zoom, as well as simulate Bokeh depth-of-field effects, a function often use by photographers in portraits and fashion shots. 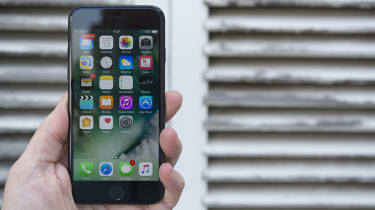 Apple has upgraded the processor for the latest iPhone series, making the jump from its A9 processors to the newer A10 fusion series. These bring swignificant benefits, with double the number of cores and a noticeable uptick in performance.

As expected, the newest iPhones thoroughly trounced their predecessors in our benchmark tests. Both the iPhone 7 and the iPhone 7 Plus bettered their counterparts' Geekbench 4 scores by over 1,000 point in single-core tests, and over 1,500 in multi-core tests. Battery life was similary improved, with the newer phones lasting around two hours longer on average than the previous version. 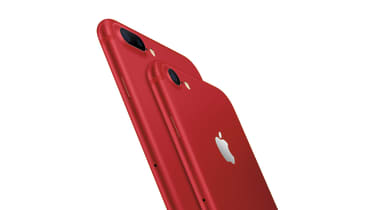 Apple has now killed the 16GB storage tier on all of its iPhones, meaning that both the iPhone 6s and iPhone 7 start at 32GB. The iPhone 7 will also be available in 128GB and 256GB sizes, while the 6s will only come with a maximum allocation of 128GB.

In addition to the usual Silver, Gold, Rose Gold and Space Grey colour options, Apple is offering the iPhone 7 in a number of new colours. There's Black and Jet Black variants (which have matte and glossy finishes, respectively), as well as a special edition produced in association with (RED).

There's a lot to like about Apple's latest iPhone. The new camera is absolutely stonking, performance is a significant step up over its predecessor and the design is as attractive as you'd expect. It's one of the most capable smartphone on the market.

On the other hand, if you've already got an iPhone 6s sitting in your pocket, there's not really much here that will tempt you to upgrade. The performance boost - while noticeable - isn't really going to be necessary for the majority of users, and the other updates are mostly minor iterations, rather than innovative leaps forward.

If you're considering making the jump to a new phone, our advice is to wait until Apple reveals whatever's coming after the iPhone 7. Chances are, it's going to be an awful lot more impressive than its latest crop.