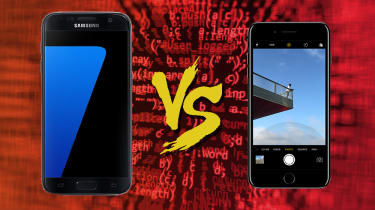 The iPhone 7 and the Samsung Galaxy S7 are two models which many people look at when they want to upgrade their phone. Here we compare them both, looking at their features and specifications to help you decide whether Apple or Android is best for you.

Apple has opted for 3D touch in the display again and raised the brightness by 25%. There are more rumours that the iPhone 8 display will be OLED which is why the iPhone 7 has the same IPS LCD Retina screen.

Samsung has gone with a Super AMOLED display for the Galaxy S7, which promises deeper blacks and is meant to be more power efficient. Although the S7 has a wider colour gamut than the iPhone 6s, this difference is a lot smaller when compared to the iPhone 7.

The iPhone 7 mostly follows the same stylign as its two predecessors. There are two notable differences: the antenna bands have been moved back to the upper and lower edges in order to make them more discreet. Also the colours Black and Jet Black have replaced Space Gray as a colour option. 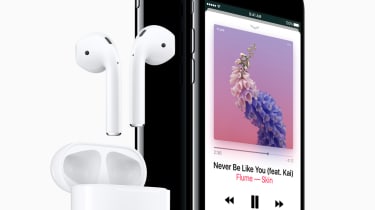 The Home key has been upgraded from a physical button to a touch-sensitive one which includes haptic feedback. Of course, it still utilises the Touch ID fingerpring scanner.

An additional benefit is that the iPhone 7 is somewhat waterproof but not completely. It is IP67 water and dust proof, but this is only up to 30 minutes submerged in water. 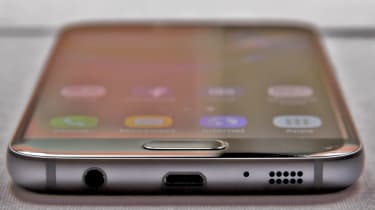 The S7 also looks like its predecessor thanks to the glass overlaid on top of a coloured backing with a metal trim. Despite this, the back is a little different, with curves either side to make it more comfortable in your hand. It is also IP67 water and dust resistant, unlike the S6. 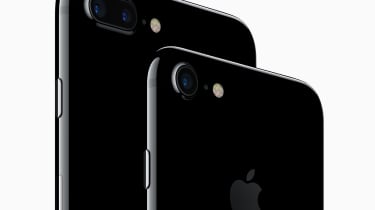 The iPhone 7 has infamously ditched the headphone jack in a way that only Apple can describe as "courageous", instead using the Lightning port for its EarPods, though it also ships an adaptor so your wired 3.5mm headphones can fit into the port. This means you can't use wired headphones and charge up at the same time. This seems to be a move to encourage the use of Bluetooth headphones, with Apple releasing its own AirPods (below) for exactly that purpose. 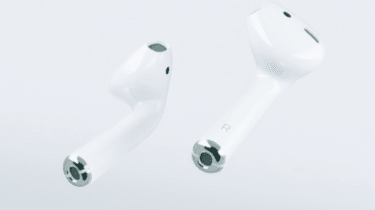 The Samsung Galaxy S7 still has the headphone jack, but has stuck with the micro-USB 2 port instead of moving onto a USB Type-C connector.

Both smartphones have Bluetooth 4.2, 802.11ac and NFC. However, on the iPhone 7, NFC is only supported for Apple Pay, whereas the S7's NFC can be used for other things such as quickly connecting to Bluetooth speakers. Mobile tap payments by Samsung Pay aren't yet supported in the UK, but Google Pay is now rolling out.

The iPhone 7 uses a quad-core Apple's A10 Fusion chip with 64-bit architecture, and an embedded M10 motion coprocessor. The A10 chip uses about a fifth the amount of battery life compared to the iPhone 6s and iPhone 6s Plus' A9 processor, if Apple is to be believed, while offering a 40% increase in CPU and GPU performance.

Meanwhile, the S7 uses a Samsung Exynos 8890 chip is an eight-core processor, but only half of the cores ever run at any given time. Four cores running at 2.6GHz take on the most strenuous tasks, while four slower cores running at 1.6GHz take over the less demanding work, and thus save battery life too.

The S7 has a huge battery rated at 3000mAh, while the iPhone 7 battery is rated at 1,960mAh. The S7's large battery and dual quad-core design helped it last just under 18 hours in our video playback test compared to the iPhone 6s's score of 11 hours and 18 minutes.

While the iPhone 7 is available in different storage options, the Samsung Galaxy S7 has a base 32GB of storage and extra storage can be added using a Micro SD card. This means that a 200GB of storage can be easily added to the phone. The iPhone 7 finally sees the end of the 16GB base model, which left very little room for storing anything.