Lyft founder: Self-driving cars will own the roads in 2021 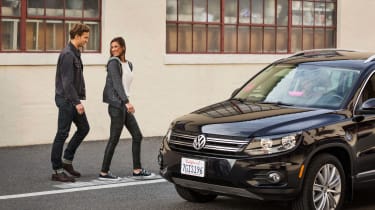 Most Lyft cars will be autonomous within five years, says ride-share founder John Zimmer - and that means we can have bar cars and more space in cities.

The president and co-founder of the Uber rival laid out his vision for the next decade of cars in a post on Medium, calling it the "third transportation revolution".

That will include Lyft evolving from offering taxi-style rides into an "on-demand network of autonomous vehicles," he noted, a plan similar to rival Uber, which is also already trialling driverless cars in the US.

"If you live in San Francisco or Phoenix, you may have seen these cars on the road, and within five years a fully autonomous fleet of cars will provide the majority of Lyft rides across the country," Zimmer said.

Disagreeing with Tesla founder Elon Musk's prediction that people will share their privately owned cars with strangers, Zimmer instead believes private ownership of cars will "all but end" in major US cities by 2025, comparing it to music, when people stopped buying CDs in favour of using streaming services such as Spotify.

Zimmer imagined what self-driving cars will look like. "Will they have couches and TV screens?" he asked. "Will happy hour take place with friends on the ride back from work?" In other words, Zimmer just invented the bar car.

All of this will change what our cities look like. Zimmer's argument is cars take up too much space. "Next time you walk outside, pay really close attention to the space around you," he wrote. "Look at how much land is devoted to carsand nothing else. How much space parked cars take up lining both sides of the street, and how much of our cities go unused covered by parking lots."

Much of that is a waste, he said, claiming the average car spends 96% of its time parked. "In 2011, researchers estimated that there are at least 700 million parking spaces in the US," he said. "That means our country has more than 6,000 square miles of parkingbigger than my home state of Connecticut."

All of this will take just 10 years, he predicted, with a hybrid system of some driverless cars and more traditional cars on the roads until then.