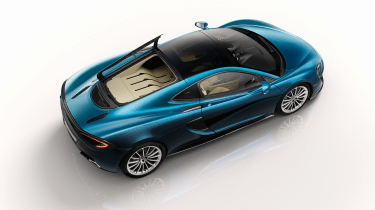 McLaren has vigorously denied that it is about to be bought by Apple, after reports suggested the tech giant was in talks to swallow up the luxury car manufacturer.

Negotiations between Apple and the Formula One team owner have been going on for several months, according to a Financial Times report.

McLaren has quashed this claim, however, stating to Sky Sports News that "we can confirm that McLaren is not in discussion with Apple in respect of any potential investment".

"As you would expect, the nature of our brand means we regularly have confidential conversations with a wide range of parties," a spokesman continued, "but we keep them confidential."

Apple issued its usual statement in response to stories of this nature, indicating that it "does not comment on rumours or speculation".

Initial reports indicated that Apple could be after the auto manufacturer - allegedly valued at around 1 billion - in order to accelerate its widely-rumoured entry into the self-driving car market, supposedly called 'Project Titan'.

Similar rumours suggested that the company was also investigating some form of investment in Tesla, Elon Musk's self-driving supercar.

Autonomous vehicles are getting closer and closer to widespread availability. Alongside Tesla, virtually every other major automaker is working on self-driving cars, with Uber currently testing a fleet of self-piloting taxis in Pittsburgh.

Have too much money burning a hole in your wallet? Buy a fancy car.

That's what Apple's apparently been trying to do, with the Financial Times reporting that the iPhone maker is in talks to buy - or at least partner with - luxury car manufacturer McLaren.

The talks have been underway for several months, according to the FT report, with the aim of using McLaren's expertise in on-board computers to boost Apple's own car project, which the company has never confirmed actually exists.

The deal may not happen, the report stressed - and it's not the first Apple car deal that's been rumoured, with investors and pundits alike repeatedly musing whether the iPhone maker would buy Elon Musk's Tesla.

Plus, McLaren is valued at more than 1bn, but Apple isn't wary of big deals, paying $3bn for Beats.

The Apple car efforts are believed to be called Project Titan, and the company has seen a swathe of motoring engineers leave the company in the past few months - but also new replacements, including former BlackBerry exec Dan Dodge, in an apparent switch from hardware to the software that runs driverless cars.

Any deal with McLaren suggests Apple does indeed wish to be involved in building cars, taking on the likes of tech firms such as Google and Uber as well as more traditional car makers such as Ford and GM, which are also eyeing the self-driving car market.

Given the competition's focus on self-driving cars and the wider connected car market, it'd be surprising if Apple didn't make a play for autonomous vehicles, though picking up a luxury brand best known for its Formula One team may not be as obvious a solution is merely buying Tesla.

Neither firm has yet commented on the report.