Canadian firm will outsource smartphone manufacturing to focus on software 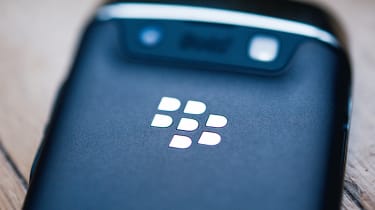 BlackBerry will no longer manufacture its own smartphones, choosing instead to focus on its software expertise.

The embattled mobile firm is finally abandoning its hardware production, which started in 1996 with a two-way pager.

Its announcement comes one year after CEO John Chen said he would close the handset division if it could not become profitable by September 2016.

"Under this strategy, we are focusing on software development, including security and applications. The company plans to end all internal hardware development and will outsource that function to partners," he said. "This allows us to reduce capital requirements and enhance return on invested capital."

BlackBerry lost $372 million in its latest quarter, the three months ending August 2016, including a $123 million writedown of assets for sale.

But Chen said the company will now focus on its security software and applications, saying BlackBerry remains on track to grow this division by 30% year-on-year for the full fiscal year.

The division's revenue grew 89% year-on-year in the latest quarter.

The news comes after the Canadian firm retired its BlackBerry Classic model in July, though it was due to release three Android phones by 2017 it is not clear whether the production of the two unreleased models remains on schedule.

So far BlackBerry has maintained its own BB10 operating system alongside its switch to Android with the Priv and the DTEK50 models, despite speculation that it may retire the OS.

It has also branched out into IoT with BlackBerry Radar, a sensor technology for fleets of lorries that landed its first major customer in Caravan Transport Group earlier this month.