Apple, Lenovo and Pebble all lose out in third quarter 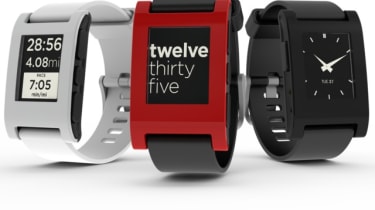 After the initial wave of hype for smartwatches, it seems interest is beginning to wane with worldwide shipments down by 51.6%.

Total smartwatch sales for the third quarter of 2016 reached 2.7 million, down by over half from last year's 5.6 million sales, according to research by market analyst IDC, published on Monday.

Leading providers of smartwatch devices including Apple, Lenovo, and Pebble all saw considerable losses in the third quarter.

"It has become evident that at present smartwatches are not for everyone," said Jitesh Ubrani, senior research analyst at IDC. "Having a clear purpose and use case is paramount, hence many vendors are focusing on fitness due to its simplicity."

"However, differentiating the experience of a smartwatch from the smartphone will be key," added Ubrani. "We're starting to see early signs of this as cellular integration is rising and as the commercial audience begins to pilot these devices."

US tech company Garmin was a surprising exception, seeing a staggering 324.2% increase in growth, helped largely by its focus on fitness. This has further increased its market share to 20.5%, helping to close the gap on the 41.3% share held by Apple.

Researchers are quick to point out that despite the apparent drop in sales, the impact of some newer devices such as the Apple Watch 2 has not been analysed.

"The sharp decline in smartwatch shipment volumes reflects the way platforms and vendors are realigning," said Ramon Llamas, research manager at IDC. "Apple revealed a new look and feel to watchOS that did not arrive until the launch of the second generation watch at the end of September."

Many vendors have had to "rely on older, aging devices" to satisfy customers, as some devices are either still to be released, such as Samsung's Gear S3, or have been pushed back, in the case of Google's Android Wear 2.0.