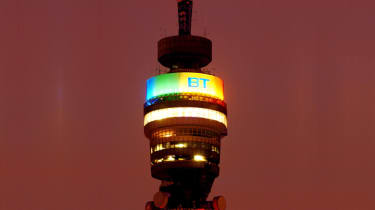 Ofcom has set out rules for next year's spectrum auctions, which appear to prevent BT from bidding for half of the available frequencies on offer.

According to figures from Citi (cited by The Financial Times), after its acquisition of EE, BT owns around 42% of the UK's usable spectrum, while Vodafone owns about 28%, followed by Three (15%) and O2 (14%).

In order to prevent BT from becoming too dominant and favour competition between UK mobile operators, Ofcom said it would prevent BT/EE from bidding for 2.3 GHz band spectrum.

The 2.3GHz band is accessible by most current smartphones, and would hence be frequencies that would immediately boost a mobile provider's capacity.

As most mobile devices are not currently using it, spectrum in the 3.4Gz band, will not be capped. This spectrum is likely to become usable in the coming years.

This should allow a greater possibility for expansion in currently utilisable spectrum by smaller mobile operators such as Three and O2.

In October, Three, TalkTalk and the Federation of Communication Services (FCS) had sent an open letter to Ofcom CEO Sharon White, asking for a 30% cap on the total amount of spectrum companies can own, to prevent BT/EE and Vodafone from monopolising the market.

Among other things, the letter said that the uneven spectrum distribution between UK mobile operators could result in "higher prices for a poorer service at a time when mobile's importance to the digital economy has never been greater".

At the time, a BT/EE spokesperson had told IT Pro: "We use our spectrum to deliver the very best network experience for customers. We pioneered 4G and we are a leader in network speeds, developing technologies to provide some of the highest mobile download speeds in the world."

Ofcom's decision suggests it also wants to prevent BT from dominating the mobile operator market, particularly seeing as this auction will be of crucial importance, as no further spectrum should be released before 2020.

Some mobile operators, such as Three, were not entirely satisfied by OfCom's decision. Three's CEO, Dave Dyson, released a statement saying: "Ofcom exists to promote competition and protect consumers but it has once again shown it is not willing to make the big decisions needed to deliver the best outcome for the UK."

Dyson added: "The mobile industry is failing customers and Ofcom has showed it has no interest in addressing that. A 30% cap on total spectrum ownership and a spectrum reservation for smaller operators are the only measures that will preserve competition for the benefit of UK mobile consumers."