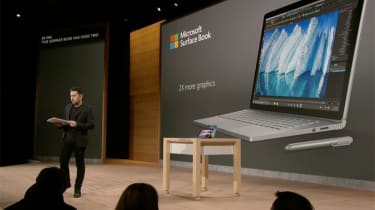 Microsoft could be about to make their own bid for the smartphone market, as rumours suggest the Surface Phone is almost ready for trial production.

CEO Satya Nadella indicated in an interview with the Australian Financial Review, that Microsoft was already working on the "ultimate mobile device", which, given the types of devices already available in the Surface range, likely points to the long rumoured Surface Phone.

Now reports by China's Commercial Times suggest that Pegatron, a production firm used extensively by Apple, will work alongside Microsoft and is ready to begin trials of the new Surface smartphone. The newspaper has also reported that the Surface Phone will be announced sometime in 2017, with a likely release date in late 2017 or early 2018.

Possible specs have also been hinted at by the typically reliable Nokia Power User website, which, if true, points to one powerful device. Sources testing the devices have claimed Qualcomm's Snapdragon 835 processor, also rumoured to ship with the upcoming Galaxy S8, will power the Surface Phone. It will support Quick charging 4.0 and could ship with model variants of 4GB and 6GB RAM.

In terms of software, we are likely looking at the latest Windows 10 using the 64-bit mobile version to take advantage of all that RAM. The phone could even be capable of running 32-bit versions of Windows apps, including Cortana.

While no exact measurements have been taken, the device appears to feature a 5.5in screen and QHD display, according to NPU sources.

As these are just rumours it is impossible to say what the final Surface Phone will look like. But if initial reports are true, we are looking at a device that could rival the upcoming Galaxy S8 that is already pinned to be one of the most powerful smartphones available.

Microsoft will be hoping to make a big impact on the smartphone market, particularly after the ill-fated buyout of Nokia's handset business in 2014, which cost the firm over $7.6 billion and almost wiped out the entire value of the deal.