Fitbit rumoured to be buying Pebble for a song 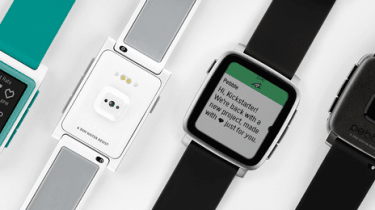 Crowdfunding success story Pebble is about to be bought out by rival fitness wearable firm Fitbit, according to reports.

The rumoured takeover deal will see Pebble and its product range gradually closed down, with Fitbit securing assets including rights to its intellectual property and software, according to reports by The Information. No exact figures have been released yet, however the report claims the deal is for a "small amount".

According to sources speaking to TechCrunch, Fitbit will pay between $34 million and $40 million, which is "barely covering their debts". The sources also claim that Pebble founder and CEO Eric Migicovsky refused a takeover offer of $740 million by watch maker Citizen in 2015.

IT Pro reached out to Fitbit, however the company said that "as a blanket rule" it doesn't comment on rumours.

Pebble made headlines after a number of record-breaking Kickstarter campaigns. In 2012 the Pebble E-Paper Watch smashed its $100,000 target goal, raising over $10 million, and in 2015 the company raised over $20 million with the Pebble Time.

But the past year has been turbulent for company, which cut 25% of its workforce in March amid struggling sales and debts of $28 million. Falling consumer interest has also hit Fitbit, which was once hailed as a market leader, as shares in the firm have plunged from $50 in 2015 to just $8.40 today.

Competition is fierce in the dwindling market, as Samsung, Apple, LG and others have developed their own smart watch devices with fitness functionality. However smaller companies like Pebble are entirely reliant on watch sales and cannot fall back on smartphones or tablets.