How to change Wi-Fi channel

Internet speeds seem slow? You might be on the wrong Wi-Fi channel 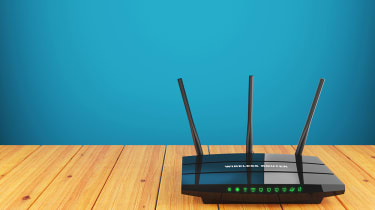 If you're suffering from slow internet speeds when connecting your computer, laptop, tablet or mobile device to Wi-Fi, one of the first things you may want to check is the channel your router is using to beam Wi-Fi around your home or business.

Using a congested channel, or one that isn't fully supported by the device you're using could be the difference between having super-speedy internet speeds, in line with those your ISP says you should be getting and working at a snail's pace.

Although there's a whole range of reasons you may be suffering from a slow connection, including that your router is sub-standard, there are lots of obstacles between your router and device you're trying to connect, one of the lesser-investigated reasons is that the channel isn't up to scratch.

This problem usually occurs when you automatically connect your device to the internet rather than manually setting it up, because the router will determine which channel to use based upon the one it's been set up to use. For example, if someone in your household has set the router to work with a commonly used channel, you may find that everyone in your street is using the same one.

Similarly, if someone in your office has set up the router to work with a newer standard, you might find your old laptop doesn't have support for that particular channel.

Both of these mean you'll probably be experiencing slower speeds than you're expecting, but luckily, you won't even need to pick up the phone to complain to your ISP. The fix is as straightforward as changing the channel on your router to a less connected - or a more supported one.

Guesswork is never the right way to go about this, and it may instead be better to pick a tool that can help decide which channel is best, for example, MeteGeek's inSIDDer. Available in three editions, this is a great option if you're keen to see which channel the other devices nearby are using, while WiFi Analyzer may be more suited to Android users.

The Mac operating system has its own discoverability tool built into its Wireless Diagnostics in Sierra, Mavericks, Yosemite and El Capitan. To find it, click on the wireless icon in the menu bar while holding down the Option (alt) key. This brings up a semi-secret menu. Near the top, there is an option called 'Open Wireless Diagnostics'.

With this open, you can click the 'scan now' button in the Scan window. This will then find all available networks and the channels they operate on. The summary box to the left shows users which channels are best for 2.4GHz networks and 5GHz networks.

Once you have discovered which channels are going to work best, the next step is to change them on the router.

There are hundreds, if not thousands of wireless routers, so we can't list how to change the Wi-Fi channel for every one of these. But we can list some general principles.

Firstly, most routers are managed via a web-based interface. Most router IP addresses tend to be 192.168.0.1 or 192.168.1.1, but others exist too. The router default address can also be found in its documentation or on the bottom of the router itself.

When you type the router IP address into a browser, you will be asked to provide an admin username and password. Again, these are to be found on the router itself or in the documentation. If you are security conscious, these details should be changed and noted somewhere securely.

You should now be able to use the internet wirelessly and less congested than previously.