How to block a number on iPhone

Not many things are as annoying as spam calls. Whether you are waiting for an important business call or just trying to enjoy some time off, picking up the phone just to find out that you have been targeted by a nuisance caller is something you wouldn't wish upon your worst enemy.

However, our lives still pretty much revolve around our phones. The fact that they allow you to keep in touch with the world is as much as a blessing as it is a curse. Nuisance callers exploit our habit of having our phone permanently switched on and in-hand, making them the ideal medium for rogue marketers to use in order to spam you.

In spite of GDPR regulations promising to put an end nuisance callers, spammers are still using mobile phone number lists to bombard you with calls. In fact, according to Ofcom research by Aviva, Brits are being subjected to 996 million nuisance calls and texts a year, or a staggering 2,728,767 calls and texts per day.

On the upside, if you own an iPhone, there are a number of methods you can use to block the unwelcome callers offering to help you claim for PPI. In fact, you don't even run the risk of upsetting the nuisance caller - the person on the other end won't realise they're blocked. Their call will go straight to voicemail or they will hear the number unavailable tone, which could well end nuisance calls once and for all.

Whether you are using iOS 7 or iOS 13, you can use one of the tricks we have listed below. Our methods are so effective those pesky PPI companies will think you are just unavailable.

Here's our guide to block nuisance phone calls on every model of iPhone, from the iPhone 6 up to the latest iPhone 11.

If someone has just called and you decide you don't want to hear from that number again, you can block the number by first opening the Phone app located at the bottom of the home screen. In the 'Recents' tab you will find a list of any recent calls, each with its own 'i' next to it. By clicking the 'i' and scrolling to the bottom, you can click 'Block this Caller'. 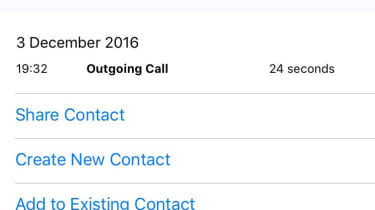 And that's it. It's an easy way to get rid of any nuisance calls you have just received.

You can also block calls from contacts saved to your address book. To do this, head to the general iPhone settings menu app on the home screen and select 'Phone'.

Scroll down until you see the 'Blocking and Identification' option, then 'Block Contact', which will show you a list of any blocked numbers. In iOS 11, you'll then be able to add a phone number manually or choose to head to the contacts screen where you can add a phone number from your contacts app. The number will then appear in your blocked list.

In previous iterations of iOS, you were only able to block numbers already in your contacts list, so you have to click 'Add New' and select the contact you want to block, and then hit confirm. 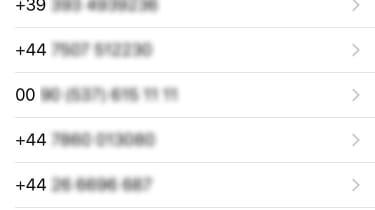 This only worked with numbers saved to your phone, so you were forced to add any nuisance callers to your contacts before blocking them - frustrating, huh?

If you feel that a family member has served their time, or decide to give that person from the PPI company a second chance, you can always remove contacts from the blocked list.

You can use the 'Recents' tab by clicking the 'i' symbol next to a contact's name and scrolling until you see the 'Unblock This Caller' option. After clicking confirm the contact should be able to make a call. 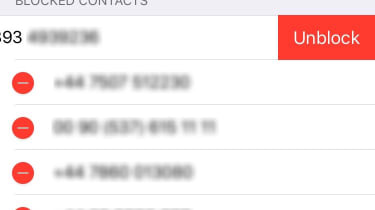 You may also access the Call Blocking and Identification list, outlined above, to see any blocked contacts. By tapping 'Edit' at the top right, you can then hit the red delete button next to any names you wish to remove from the blocked list. Finally, select the red unblock button to allow calls to come though from that number.

Blocking a number on iOS 10 and later:

While you can still follow the above steps to block calls on iOS 10, 11, 12, and 13, Apple's latest operating systems have allowed developers to come up with apps that block entire groups of callers through a tool called CallKit.

This means developers are launching apps left, right and centre to make it a whole lot easier for you to snoop on unwanted callers, from telemarketing firms to fake insurance companies, and remove them instantly. That is definitely faster and easier than having to trawl through your phone's settings to do so.

One of the most impressive and useful apps using Apple's call SDK is the 'Hiya' app, available for free on the AppStore. It notifies you if an incoming call is suspected to be spam or a nuisance company based on a shared database of numbers, including specific details of the type of fraudster trying to reach you. It allows for automated blocking if you just want it to stop all detected spammers getting through to you, or you can manually block them too. You can also use the app to manage your own list of blocked numbers, with an UI that is a little easier to use than the iPhone menus.

Blocking a number when the caller masks their ID:

Getting around a call block is fairly easy to do. You can simply hide your caller ID in the iPhone settings, which will bypass any blocks and allow your call to go through. Your call simply appears as unknown, withheld or 'No Caller ID'.

Unlike 'hidden' or 'private', which tends to be users deliberately withholding their ID, 'unknown' numbers are those that your phone company has failed to recognise, typically when telemarketers or dodgy insurance companies try to get hold of you. Unfortunately, iOS users are still waiting on a feature that blocks all unknown calls, which is already available on Android.

You can still block these calls on iOS by using apps. Specifically, apps such as 'Call Bliss' will mute incoming unknown callers and sends them to your voicemail. However, you will have to pay 7.99 for the privilege. Free apps are also available, such as 'CIA', which is able to bypass attempts to hide caller IDs, showing the number and any associated personal details. However, be wary when using these apps, as many contain in-app purchases or require purchasing a 'pro' licence to activate advanced features.

A much easier (and cheaper) way of blocking unknown callers is by modifying the Do Not Disturb feature to filter only numbers that your device does not recognise.

To do this, go to the Settings app and look for the 'Do Not Disturb' option. Click 'Allow Calls From', and then hit 'All Contacts'. This will allow all calls from numbers on your contact list to reach you while blocking out everything else. 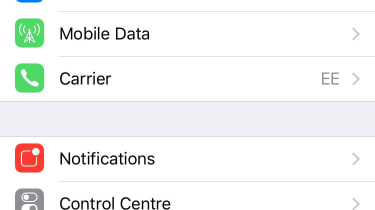 Of course, the problem with this method is that it sends any call from a number not on your contacts straight to voicemail, although they can leave a message as normal.

Blocking numbers through a network provider:

You could try contacting your mobile phone provider to see if they provide any call blocking services. Sadly, most will only offer some vague advice about how to speak to telemarketers, and cannot put a block on specific callers or unknown numbers trying to reach you. In rare circumstances, a network may be able to uncover who the caller is, but this typically only happens during a police investigation.