We compare the newly released iPhone SE with its older cousin, the iPhone 8 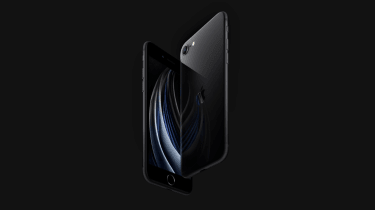 Rumours had been flying about a sequel to the iPhone SE ever since Apple released the original device in 2016 to serve as an intermediary between the classic iPhone 5 and the iPhone 6s.

Apple put an end to the speculation last month when it released the second-generation iPhone SE, resembling the 2017 iPhone 8 rather than iPhone 5's compact chassis. Beyond seemingly impressive internals, the biggest surprise was its mid-range price tag.

With the iPhone 8 still a viable handset, however, how does Apple's latest device compare against its cut-price predecessor?

The 4.7in display fitted into the iPhone SE is identical to that fitted into both the iPhone 7 and iPhone 8. The size of the screen, as well as the underlying technology powering the display, is unchanged between these models.

Users won't see any improvements on the display fitted into the 2017 handset, or its predecessor for that matter, but these devices certainly boasted displays that were vibrant and bright for their time, said to reach 625cd/m2.

We should note, while it doesn't stack up against the razor-sharp OLED display fitted into the iPhone 11 Pro, which peaks at a staggering 1,200cd/m2 maximum brightness, it's a perfectly competent panel and comparable to a string of mid-tier Android rivals.

With the hardware fitted into the 2nd-gen iPhone SE based in the iPhone 8's chassis, the dimensions and weight are unchanged on the 2017 device.

The stylish handset features the same slimline metallic chassis of the iPhone 8 with rounded edges. This is a significant departure from the square edges of the original iPhone SE, which was housed in the iPhone 5's chassis.

As with the iPhone 8, the 2020 iPhone SE features a lightning port and no 3.5mm headphone jack, as well as a built-in microphone and stereo-speaker at the base of the device.

The Home button, fitted with a Touch ID sensor, also returns for the first time since the iPhone 8's release three years ago, while the volume buttons, ring/silent trigger and side button are unchanged.

The rear cameras fitted into both the iPhone 8 and iPhone SE are incredibly similar at face value, and both are fitted with a 12MP lens with f/1.8 aperture with 5x digital zoom as well as a host of features. The same is true for the front-facing camera fitted into both devices.

The iPhone SE, however, includes a number of additional features, essentially the tools featured in the Xs, XR and 11 series. These include a Portrait mode with advanced bokeh and depth control, as well as six lighting effects enabled by its upgraded processor. The iPhone SE also includes Smart HDR, as opposed to the iPhone 8's Auto HDR, which allows a software-based 'neural engine' to generate the best photograph by using context.

While shooting video presents a largely identical experience, with both devices allowing up to 4K shooting at 60fps and 3x digital zoom, there are a handful of additional tweaks, including QuickTake video and stereo recording.

While the iPhone SE, as with the iPhone 8, features just a single lightning port in terms of hardware connectivity, the biggest changes are in terms of networking.

The most significant improvement is the iPhone SE's compatibility with high-speed Wi-Fi 6 as well as gigabit-class LTE, meaning the device is ready to be swept up in the wave of the possibility that Wi-Fi 6 represents. The Fira de Barcelona, host to Mobile World Congress (MWC), for example, has fitted Wi-Fi 6 into some of its conference halls in order to turn the grounds into a 'smart venue' with Wi-Fi roaming and frictionless sign-in.

The iPhone SE is fitted with the same blistering mobile CPU fitted into the power-packed iPhone 11 and 11 Pro. This is in addition to a quad-core Apple GPU and 3GB RAM.

While one would expect this device to match up to the breakneck scores registered in our performance testing, the inclusion of 3GB RAM versus 4GB fitted into the latest edge-to-edge iPhones probably means the 2nd-gen SE won't be able to make the most of the A13 Bionic chip. Nevertheless, Apple has forged a reputation for building outstanding mobile CPUs, normally a generation ahead of the latest processors fitted into Android devices, so the iPhone SE is sure to leave you far from disappointed.

Apple claims the iPhone SE's battery can as long as the iPhone 8's battery, approximately 13 hours with video playback, although we can't be sure to stand by this claim until we're able to fully examine the device.

The most staggering part of the iPhone SE's launch its lower-than-expected price tag, a strategic decision by Apple to capture a share of the mid-tier market. It's even priced lower than the iPhone 8 today, identical in most ways and inferior in others, although this device can no longer be purchased directly from the manufacturer.

The 128GB model of the second-generation SE, for instance, retails at £391 exc VAT, which is about the same as the Oppo Reno 2 - a fantastic mid-range Android smartphone.

With the iPhone SE, however, buyers will receive the same CPU fitted into the iPhone 11, in the shell of the gorgeous iPhone 8. The only difference is that Apple has ditched its space grey, silver and rose gold finishes in favour of traditional black and white, and the iconic red coating.

While many may have been tempted to take advantage of the iPhone SE's release to snap up a cut-price iPhone 8, we'd recommend avoiding that at all costs. Not only is the second-gen iPhone SE fitted with latest Apple CPU, but also features a broader array of photography and video options, as well as Wi-Fi 6 compatibility.

While the iPhone 8 is certainly packed with sufficiently powerful specs and is reasonably priced three years following its launch, if you're looking for a mid-budget iPhone that doesn't necessarily include an edge-to-edge display, the 2020 iPhone SE is a no-brainer.