Virtual Personal Assistants will become the norm by 2019 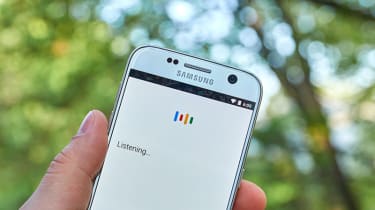 Research by Gartner has predicted 20% of smartphone user conversations will happen with virtual personal assistants (VPAs) by 2019.

As the usage of VPAs such as Siri and Google Now increases, such platforms will become more intelligent, helping smartphone users complete tasks in more intuitive ways.

"The role of interactions will intensify through the growing popularity of VPAs among smartphone users and conversations made with smart machines," said Annette Zimmermann, research vice president at Gartner.

VPAs are becoming part of everyday life, Gartner explained, with hitting the Google Now button or launching up Siri becoming second nature when users want to find out when their next meeting is, what the weather will be like tomorrow or if they need to call someone from their phone book.

These functions are just scratching the surface though and researchers expect new technologies such as AI and machine learning to be one of the major strategic battlegrounds from 2017 onwards. The company even went as far to say that VPAs will lead to the end of apps as we know it, which will instead become integrated into VPA technology.

Another trend revealed in Gartner's annual mobile apps survey was the way in which people use their voice and gestures to control their smartphones. By 2020, the research firm thinks zero-touch UIs will be available on two billion devices and IoT endpoints.

"Interactions will move away from touchscreens and will increasingly make use of voice, ambient technology, biometrics, movement and gestures," Zimmermann explained.

"In this situation, apps using contextual information will become a crucial factor in user acceptance, as a voice-driven system's usability increases dramatically according to how much it knows about the user's surrounding environment. This is where device vendors' assets or partnerships in VPAs, natural language processing (NLP) and deep machine learning experts will matter."