Phone maker tells customers to 'save the date' for 26 February 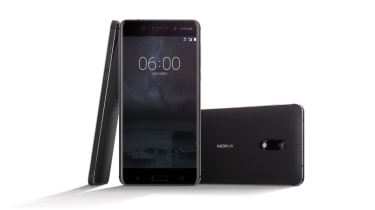 Although the Nokia 6 will only be on sale in China, the company has hinted at additional new releases coming next month.

The Nokia 6, which is manufactured and distributed under license by HMD Global, is both the first Nokia-branded smartphone to be released since 2014 and also the first to run on Android.

Setting 26 February as a big announcement day is no coincidence, either. Mobile World Congress (MWC), which runs from 27 February to 2 March, is used by many manufacturers to launch their new flagship devices (with the notable exception of Apple).

It's also fairly common for announcements to be made on the eve of the first day of the conference, so Nokia could face some competition in getting attention for its additional announcements, whatever they may be.

Nokia's first smartphone in three years, the Nokia 6, will be launched exclusively in China.

The Nokia 6 smartphone, which is produced byHMD Global - the company Nokia licensed its name to late last year, will be sold and jointly marketed by JD.com, China's biggest online retailer.

"The decision by HMD to launch its first Android smartphone into China is a reflection of the desire to meet the real world needs of consumers in different markets around the world," HMD Global said.

"With over 552 million smartphone users in China in 2016, a figure that is predicted to grow to more than 593 million users by 2017, it is a strategically important market where premium design and quality is highly valued by consumers."

The device will run on Android Nougat the company revealed, confirming longstanding rumours about the phone's OS, and will feature a 'premium design', although the company hasn't exactly explained what this means to the consumer.

Other features Chinese consumers can expect from the Nokia 6 include a 5.5in 1080p screen, a 16-megapixel camera, 4GB RAM memory and 64GB storage.

Sound will be top class too, HMD Global said, thanks to Dolby's Atmos audio processing and two amplifiers integrated into the hardware.

"We have set ourselves a mission to deliver the best possible smartphone experience, with a beautiful premium design touch, to everyone, at every price point," Juho Sarvikas, Chief Product Officer, HMD Global said.

"By building on true Nokia phone hallmarks of leading design and materials, an obsessive focus on the latest technology and solving real-life issues, we believe we have a unique proposition for consumers."

Although the device is heading towards the flagship end of the scale, HMD Global said the Nokia 6 would be marketed as a mid-range device and so would come with a price tag of 1,699 yuan (200), giving it mass-market appeal.