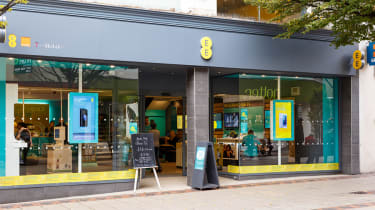 Ofcom has fined EE 2.7 million for overcharging tens of thousands of customers, then deciding not to reimburse some of them.

The mobile operator broke a billing rule when it charged 32,145 customers around 245,700 for calling its 150 customer service number while roaming in the EU between July 2014 and July 2015.

Rather than reimburse the affected customers, EE decided that it couldn't identify those it had overcharged, saying some had left EE, and so proposed to give customers' money to charity until Ofcom intervened.

"We monitor how phone companies bill their customers, and will not tolerate careless mistakes. Any company that breaks Ofcom's rules should expect similar consequences."

IT Pro understands that only 0.1% of EE's userbase was affected, and that it has put measures in place to stop this happening again, introducing new systems that subsequently allowed it to contact 26,000 customers to apologise and provide a full refund.

EE has since managed to track and refund all affected customers. It now has 20 days to pay Ofcom the 2.7 million fine, which the regulator will pass on to the Treasury.

An EE spokesman said in a statement: "We accept these findings and apologise unreservedly to those customers affected by these technical billing issues between 2014 and 2015. We have put measures in place to prevent this from happening again, and have contacted the majority of customers to apologise and provide a full refund. For those customers that we could not identify, we donated the remaining excess fees to charitable causes in line with Ofcom's guidelines.

"Providing the best network experience and best customer service for EE customers in store, online and over the phone through our UK and Ireland-based centres are our top priorities. Following Ofcom's findings, we have made a number of additional improvements to our systems and policies to allow us to better support our customers in the rare occasion that billing issues do occur."