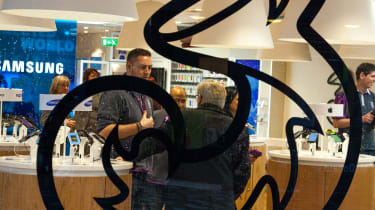 Three will hand out donated mobile devices and offer three-months' free access to disadvantaged people to help them get online.

The Reconnected programme asks people to donate old, unwanted smartphones to Three, which will dole them out to people in need, whether to those at risk of homelessness, looking for work, victims of domestic abuse or who have just left the military. Alongside the repurposed handset, Three will give people three-months of access to its own network.

Three said Ofcom research suggested 20 million handsets sit unused in British homes, while there are 15 million people who don't have smartphones across the UK though some will eschew the devices by choice rather than cost alone.

"Initially, we rolled the scheme out internally and the feedback from our employees has been fantastic," said Vicki Blenkarn, director of engagement at Three. "We are therefore so excited to launch Reconnected with the public to get even more people involved... handing over an unused phone is a small gesture that can make a huge difference."

Three's announcement cited one beneficiary of the Reconnected scheme, saying the free handset and three-months of connectivity gave her the chance to develop confidence online and start applying to jobs, whereas previously she was "terrified of technology". She noted she set herself up with a Three contract at the end of the free three months, suggesting everyone wins with the Reconnected programme.

The Office for National Statistics revealed last year that one in ten Brits had never been online, with most of the offline population made up by older people. The vast majority of younger people used the internet recently, the stats showed, compared to only 39% of those over the age of 75.