Who will win the driverless cars race? 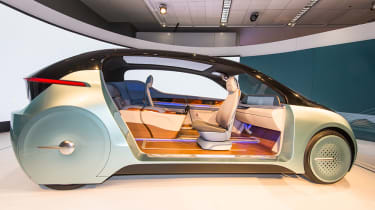 We all know this year is going to be an interesting one for tech. While there will be new and exciting innovations, as well as a likely explosion in virtual reality, augmented reality and artificial intelligence (AI) use cases, one thing that has been waiting for its moment in the sun for a long time is the autonomous car.

As far-fetched as it is inevitable that we will one day see driverless vehicles occupying our roads, the race to get that point has so far been fraught with failures, security risks and slow progress.

One thing's agreed - autonomous vehicle technology, or similar AI-infused systems in our cars and public transport, has the potential to change how the world gets around in ways we might not even be able to comprehend yet. How we get there depends on who leads us into that potentially bright new future. 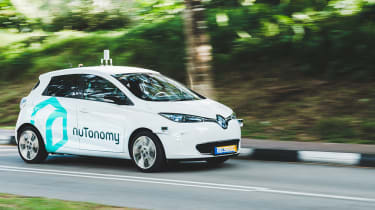 Karl Iagnemma, CEO of NuTonomy - a startup based in Singapore - told IT Pro: "We believe self-driving cars are the future of transportation, including both public transport and privately owned transportation. Autonomous vehicles will fundamentally change the driving industry as well as public transportation by offering lower costs to operate, increased safety and enhanced efficiency."

Late last year, NuTonomy announced it would be testing self-driving taxis on roads in the US city of Boston after successfully trialling the vehicles on roads in Singapore. 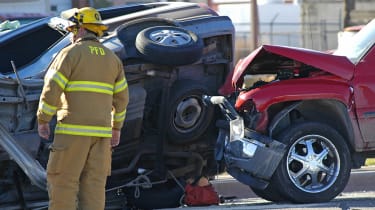 It's true the potential of autonomous vehicles for certain parts of the population is huge, allowing people with disabilities to get around more easily, reducing pollution through ride-sharing and, once the kinks have been worked out, increasing safety for passengers and pedestrians alike.

Iagnemma continued: "Autonomous vehicles promise to dramatically reduce fatalities and injuries, and to bring freedom to people living with physical challenges that prevent them from driving."

In December, Google re-stated its intent to be a big part of the driverless car race by spinning-off its dedicated business into a new one under the Alphabet umbrella - Waymo. This came after rumours that Google would be backing away from developing its own self-driving car.

Uber and Lyft are also becoming big players in the space, with Lyft founder John Zimmer promising autonomous vehicles would be the majority within five years and that, by 2025, private car ownership would all-but end in major US cities.

Uber, meanwhile, has launched a driverless car service with Volvo, after two years of training on Pittsburgh roads. The move has been celebrated as a breakthrough, beating NuTonomy in the complexity and size of the area its cars will be able to cover.

As Nicholas Taylor, professor of computer science at Heriot-Watt University and deputy director of Edinburgh Centre for Robotics, argues, we may see a period of 'mixed autonomy' before we give up our steering wheels for good.

"However, these cars won't be able to communicate with cars that aren't connected, which means we may enter a transitional period of 'mixed autonomy'. As autonomous vehicles won't be able to understand the nuances that distinguish human communications when driving, such as flashing or the different uses for hazard lights, serious accidents may well occur as a result of knowledge gaps or misunderstandings."

Up until this point, while companies such as Ford have invested in developing fully-autonomous cars, others have placed their focus on the possibility of introducing autonomous features into otherwise ordinary vehicles. This could see more tech companies and manufacturers partner their efforts.

This of course includes Tesla Autopilot, which is widely used by drivers already. We are also seeing more of experimental technology such as Audi's 'vehicle-to-infrastructure' tech, which allow cars to communicate with street furniture such as traffic lights via the cloud.

Meanwhile, Ford has doubled its investment in driverless car research and announced plans to mass-produce driverless cars in 2021, saying these vehicles would act much like taxis.

In early 2016, Google, Ford, Volvo, Uber and Lyft formed the Self-Driving Coalition for Safer Streets, which aims to help form the regulations around driverless car use on US roads. 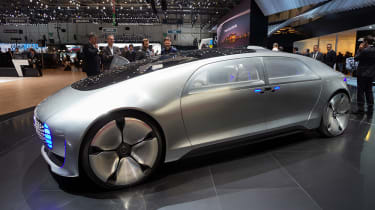 Despite much of the intention behind driverless cars being to increase safety, it has, of course, introduced its own problems. One of these is cyber-security and the potential for a vehicle's systems to be hacked and used for purposes outside of the occupant's control.

"Cybersecurity is recognised as a critical aspect of autonomous vehicle deployment," said NuTonomy's Iagnemma. "A significant number of companies have emerged in the cyber-security space to address the issues related to security in autonomous vehicles. NuTonomy relies on both in-house expertise and partnerships with outside companies to ensure that our vehicles are safe and secure."

One high-profile example of the consequences of vehicle AI not performing as it should is that of a Tesla Model S that, while in Autopilot mode, crashed into a lorry, killing the driver.

This wasn't due to hacking, though. Rather, it's thought the tech that enables the Model S to be semi-autonomous failed to distinguish between the side of the white lorry and the sky, meaning the car didn't slow down or take evasive action.

The rise of autonomous vehicles could also pose unique problems on a legal front, as Emma Wright, commercial technology partner at Kemp Little, told IT Pro.

"Self-driving cars are like many other emerging technologies the law develops after the technology," she said. "This has an impact on how the technology is perceived and dealt with when an accident happens.

"Legislators are faced with the conundrum of potentially over-regulating an infant market and stifling its growth and adoption, or not sufficiently protecting the consumer, a tricky balance which can lead to suboptimal safety standards or even a considerable risk to human life. The indications seem to be that governments are looking for the car manufacturers to attempt to self-regulate at least to some degree and adopt high standards for vehicle safety."

When will we see autonomous cars?

While so-called 'smart cities' such as Singapore seem slightly more equipped to one day soon introduce autonomous driving as the norm on public roads, in the UK and US it will be much more challenging.

In July 2016, however, the UK government announced it would be paving the way for driverless cars to hit the roads, redrawing the Highway Code and other regulations to cater to their arrival.

It was also announced in March 2016 that autonomous vehicles would start to be trialled on UK motorways for the first time in 2017, after testing in Bristol, Coventry, Milton Keynes and Greenwich over summer that year. In November, Chancellor Philip Hammond allocated 390 million in funding to the development of low emission and autonomous vehicles.

Professor Nicholas Taylor said: "We are entering a phase of substantial, ever accelerating progress that will establish significant technological, and potentially social, change in the next five to 10 years. The UK is fortunate to have a rich supply of world-leading scientists, engineers, and academic experts who specialise in the area, and we are now a global leader in intelligent vehicle design and development."

While there are many exciting things to come in the next 5-10 years, overcoming barriers in cyber-security, driver safety and consumer anxiety will be big hurdles in making autonomous vehicles commonplace. But, with more and more companies partnering to accelerate the progress of the technology, that reality could come sooner than we think.