Every mobile provider offers 4G contracts, but which one is the best for you? 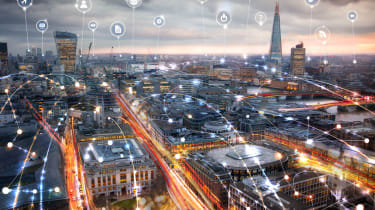 4G has been up and running for over eight years now, and it's since become the industry standard as consumers and businesses users alike need a high-speed connection to power their streaming, social media and remote working. While next-generation 5G connectivity is also now available, coverage remains limited and prices remain high.

All of the UK's mobile networks offer competitive 4G services and many have invested a lot of money to boost coverage to beat their rivals, how can you choose which is the best 4G mobile network for you?

There are lots of things to consider, beyond cost. Although all of the UK's major networks offer 4G services, some are more reliable and offer faster speeds than others. The other consideration is which device you want to go for as different networks also offer different phone models.

We've rounded up the best deals and benefits for each of the four major networks in the UK to see which suits your lifestyle and usage best.

(NB: these are the costs for an individual, SIM-only, 12-month contract. Business contracts and contracts with a phone can and likely will vary. Average speed results taken from www.opensignal.com. All data correct as of September 2020).

EE was the first mobile operator to launch 4G services in the UK, and has long been hailed as the best network when it comes to speed, coverage and reliability. According to OpenSignal's latest Mobile Networks report, released in April 2020, this remains unchanged: EE comes out on top when it comes to download speeds, latency and 4G coverage.

According to the report, EE's 4G customers currently enjoy average download speeds of 35.9Mbps, more than 10Mbps faster than its nearest rival Vodafone. Average upload speeds come in at 9.7Mbps.

In terms of coverage, OpenSignal shows that EE's 4G serves 94.8% of the country's population, just shy of the operator's target to reach 95% coverage by the end of 2020.

EE's cheapest 4G plan starts at £20 per month, which comes with 100GB of data, unlimited minutes and texts, and guaranteed speeds of 60Mbps. The operator also offers a £23 plan that comes with 200GB of monthly data.

O2's 4G offering has vastly improved in recent years, though it still falls behind its rivals when it comes to speeds and coverage.

According to OpenSignal data, the network currently has an average 4G download speed of 18Mbps, an improvement of less than 3Mbps since 2017, and almost half the average speeds offered by EE. It's upload speeds are also lacking, coming in at an average of 6.4Mbps. In terms of coverage, O2 currently reaches 89.2% of the UK population.

However, O2's 4G plans are cheaper than some. It's cheapest 4G SIM-only plan comes in at £10 per month, although this comes with only 5GB data. For £20 a month, this can be increased to 100GB.

Three has long been seen as the smallest of the UK's 4G networks, and although it's services are improvement, it still falls short of rival networks.

OpenSignal's report shows that the network's average 4G speeds come in at 22.4Mbps, while customers see average upload speeds of 8.2Mbps on the company's 4G network. In terms of its availability, the network currently reaches 80% of the UK's population.

While it's struggling to compete on speeds and coverage, Three is known for offering a huge range of different packages. The company's cheapest plan costs £5 per month and comes with 1GB data, while paying £5, £10, or £18 per month increases this to 4GB, 8GB and 100GB of data, respectively. Three is also one of the only networks to offer unlimited data plans.

Vodafone's 4G network began life as a London-only service when it launched in 2013, but efforts to upgrade the network has helped position the provider as one of the UK's leading providers.

At the time of writing, Vodafone is offering a 50% discount on its 4G SIM-only plans. That means you can pick up unlimited data for just £11 per month - although speeds will top out at 2Mbps. The network's bumper £37 plan also offers unlimited data but promises the "fastest speeds available".

Although the companies above control their own network infrastructures, they are by no means the only choice when it comes to 4G. There are a number of companies that make use of these infrastructures to provide their own services, although 4G coverage is still tied to the controlling company.

GiffGaff has been voted best MVNO for multiple years thanks to its flexible contracts and reward schemes for community members. Unlike traditional operators, it does not have a high-street presence and relies on its community for customer support. As it uses O2's network, users can expect average speeds of 18Mbps.

Virgin Mobile is known for its incredibly low starting prices, with rollover data that allows you to carry over any unused allowance from month to month. WhatsApp and Facebook Messenger are also free to use on this service, so they don't eat into your monthly data. The best part is that Virgin Mobile uses EE's infrastructure, which means customers get access to the fastest 4G speeds and the best coverage.

Sky Mobile is the newest MVNO on the list. Its biggest selling point is the idea of 'rollover' data, where customers are able to make use of unused data from one month and add it to the next. Sky Mobile will also let you switch between tariffs each month, even if you are locked into a contract. Sky Mobile also uses O2 infrastructure, so expect average 4G speeds of 18Mbps.

One of the first supermarkets to dive into the mobile provider market, Tesco Mobile offers capped services, so you don't go over your allowance, and free roaming in 31 countries. You can even earn points as you use the service, which can be linked to your Tesco Clubcard. Tesco Mobile also uses O2 infrastructure, so expect 4G speeds to reach an average of 18Mbps.