4G's successor promises 1ms latency and multi-Gbit/sec bandwidth, but can it deliver? 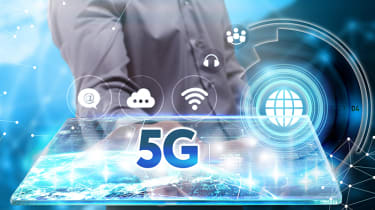 This year ushered in the first functional 5G networks, after much hype about the forthcoming technology last year. Many smartphones manufacturers -- including Huawei, Samsung, and Sony -- have launched 5G-supporting devices that will enable consumer access to the latest network generation. Smartphones and other connective technology have transformed the way we socialise and work, making the new network an integral part of our diurnal activities.

Driven by the rise in internet-connected technology known as the Internet of Things (IoT), businesses are rapidly curating more tech and generating more data. This change has called for a stronger, faster, and more reliable internet connection, and 5G is finally beginning to answer the call.

When 5G is fully implemented, it will be set to supercede the old generation of network connectivity by powering groundbreaking technology including AI, cloud computing, smart cities, and autonomous transport. The new network will help spearhead the fourth industrial revolution. Construction of 5G infrastructure is already well underway for many internet and telecommunication providers.

Below we explain what differences to expect between 4G and 5G, and provide some idea of how it all works.

4G will fade away

While 5G hasn't entirely gotten off the ground yet, that hasn't stopped speculation about how we could use it. With 28GHz, 37GHz and 39GHz bands identified by the US Federal Communications Commission (FCC) as the spectrum 5G will use, plans are already afoot for possible uses.

However, with 5G not expected to be widespread until at least 2020, followed by a five-year period in which it will expand across the world, 4G will still be in high demand.

In anticipation of its rollout, research has already produced advances in the way we might use the technology. About two years ago, the US Federal Communications Commission (FCC) finalised the spectrum that would be developed alongside the rollout of 5G connectivity. It includes 28GHz, 37GHz, and 39GHz bands.

"While 5G demand is still gathering momentum, 4G will remain an important part of the wireless ecosystem," said Tata Communications COO John Hayduk. "But it's expected that by 2025 investment and innovation in 4G will slow down as 5G takes prominence. In tandem, older 2G and 3G systems will begin to disappear from some markets altogether."

5G will be expensive

People won't necessarily be queueing up to buy 5G mobile contracts when the technology becomes more widely available, Hayduk adds. The initially-launched plans are pretty expensive, and the technology remains unavailable for most of the country. Mobile operators will charge their earliest customers a lot for 5G while they try to get a quick return on their spectrum investments, Hayduk argued, correctly, last year.

"In Europe and the US, operator strategies that are not built around 5G are rare. It strikes me however that it is bold to assume that consumers will take up 5G the moment it's available and that 5G will underpin the modern digital business from day one. The economics of providing 5G connectivity will make it difficult for mobile operators to drive costs low enough to make moving to 5G tempting for users," he said.

"Operators are spending huge amounts of money just for the spectrum space to provide 5G connectivity, and they will have to pass the cost on to their customers. Increasingly price-sensitive consumers won't stand for price rises and will stick with 4G. They will change their behaviours, picking and choosing which apps are stationary and which are mobile. They will use WiFi for data-hungry video and VR apps, created for a 5G world, which will remain stationary."

Verizon has already begun rolling out its 5G services to consumers, with leading firms such as Korea Telecom and EE claiming to soon follow, but there's a clear difference between rhetoric and action. Dr William Webb, a fellow at the Institute for Electrical and Electronic Engineering and CEO of the Weightless SIG, said common standards are needed if 5G is to evolve.

"Because the definition of 5G is so vague, it's hard to say far we are from rollout. If 5G is just whatever we rollout in say 2020, then by definition we're three years from rollout -- but what that will be and how different it will be from what we have today? Korea Telecom claims it will deploy 5G this year, ready for the Winter Olympics, and Verizon also aims to start fibre-replacement deployment this year or next," he said.

"However, without any standards, whatever they deploy is not a globally agreed solution. Some suggest that a 'real' 5G -- with a carefully developed and worthwhile new technology -- might not occur until 2025. It's all a bit of a mess. Many expect that the standardisation process will act as a filter, delivering what collectively is determined to be important and viable, and then we will label whatever arrives as 5G, perhaps around 2018-2020."

The International Telecommunication Union - a wing of the UN dedicated to the oversight of telecommunications technology across the world - answered one of the crucial questions around 5G: what it actually is. In a draft document, the organisation stated that in order to qualify as 5G, a network cell must deliver a minimum peak data rate for downloads of 21GB/sec and an uplink peak data rate of 10GB/sec. Maximum latency is also set at 4ms.

This means the minimum standards are set for the UK, although of course, providers could exceed them.

5G will be huge for IoT

The internet has grown exponentially since its birth and with the rise of connected technology and appliances, it's set to get even bigger. The Internet of Things (IoT) is an industry that'll be worth trillions by the 2020s, and billions of everyday objects will be connected to the web. To support this new revolution, a stronger, denser type of mobile connectivity is needed, and 5G will soon fill this void.

Mark Skilton, a professor of practice at Warwick Business School, said 5G will be designed to support the future technological economy. 4G has been paramount in the rise of mobile apps and social media networks, but 5G will have a major role in supporting the future of connected tech such as driverless cars and smart sensors.

"5G performance and architecture is a fundamentally different technology and capabilities to 4G and all other previous networks. With 1 to10 Gbits/sec bandwidth; 1ms latency and supporting a density of 100 or more devices in any given room size location, it's truly instant, always-on, and able to download the equivalent of a whole movie in a few seconds," he told us.

"This is the new competitive level of performance for the 21st-century economy. It enables real-time mission, critical rapid response - such as connected self-driving cars, Internet of things sensors, mobile devices that will drive connected buildings, smart cities, savings energy, and new skills and services."

For 5G to be a success -- and if the UK is to become a leader in this area -- Skilton suggested that more cooperation between government and the telecoms industry is needed. "Overall the 5G move in the UK will not happen without strategic leadership from government, industry and enlightened academic research. It's a rapidly moving, complex and expensive endeavour that will need collaboration with other leading cities and countries to leverage economies of scale and accelerate solutions into practice," he said.

When 5G rolls out across the world, it'll be huge. By the time it's the dominant mobile connectivity standard, internet-connected objects and services are likely to be all around us. Technology will be far more immersive than it is now, and 5G will be a catalyst for it all. However, there's still a plethora of challenges ahead and the industry is in desperate need of standards to ensure that 5G is a success.

When will 5G arrive in the UK?

Chancellor Philip Hammond's Budget speech in November 2017 contained a 500 million investment for the development of networking infrastructure and technological innovation, 160 million of which was sunk into 5G. This fund also saw the launch of a 10 million project in partnership with the National Cyber Security Centre, and a 5 million trial of the technology in 2018.

It built on the government's 2016 Autumn Statement, which set 16 million aside for teams at King's College London, the University of Bristol and the University of Surrey that worked to deliver an end-to-end 5G trial network in 2018.

Network operator EE also performed what it considered to be the first successful end-to-end test of 5G in November 2017, demonstrating consistent speeds of 2.8GB/sec and paving the way for the company to be one of the first to provide the technology in the UK, coming up just behind Verizon.

However, the government has faced difficulties in balancing the development of the technology with the demands of mobile operators in the UK. Ofcom, which regulates mobile networks, was embroiled in a legal battle with EE and Three, both of which were opposed to rules around the planned auction of 5G spectrum at the time.

Three argued that the rule, which stated that one company could only own up to 37% of the 5G spectrum, didn't go far enough and should have been reduced to 30%. However, EE, which had the largest 4G network, said they shouldn't have been restricted by a cap.

Ofcom accused EE and Three of derailing the rollout of the technology, as the spectrum auction was widely considered to be a major step towards building the groundwork for 5G.

The question of a full-scale commercial rollout is still a nebulous one, however, with the UK government not expecting it until 2025.