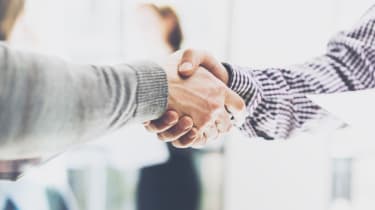 Nokia has announced its intention to purchased Finnish software provider Comptel for $370 million, hoping to accelerate its software strategy at a time when mobile infrastructure seems to be on the decline.

The company, which has invested heavily in its infrastructure equipment business, is likely to be feeling the burden of providers pulling back on 4G broadband plans and so is searching for other avenues to grow its business.

It's hoped that by acquiring Comptel, Nokia will be able to sell cloud-based software that telecoms companies need to manage their networks and adapt to the changing demands of customers.

Comptel develops analytics software that could prove very useful for mobile providers, helping them work out what their customers want and how they can make their network operate more efficiently.

The company's Eventlink software for example, scrapes information about telecom customers including who's most active, which websites they're visiting and on which devices.

"Nokia is committed to building its software business and is backing its commitment with strategic investments," Bhaskar Gorti, president of Nokia's applications & analytics business group said. "The timing of the Comptel purchase is important as our customers are changing the way they build and operate their networks.

"They are turning to software to provide more intelligence, automate more of their operations, and realise the efficiency gains that virtualisation promises. We want to help them by offering one of the industry's broadest and most advanced portfolios."

Nokia will also get access to Comptel's customers, including some of the biggest players in mobile technology such as Telefonica, which is using Eventlink to monitor its traffic on smart meters, BT, T-Mobile (US), Orange (France), Indosat (Indonesia) and Chorus (New Zealand), according to Forbes.

The planned acquisition faces a number of hurdles before it can proceed, including approval by competition authorities and the publication of a tender offer and the subsequent completion of the tender offer a process expected to last about four weeks.