Wearables: First Windows 10 smartwatch is on its way, and it means business

Specs are hard to come by, but we know it will be built on Microsoft's Windows 10 IoT OS 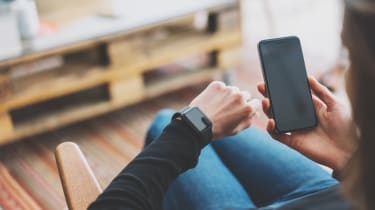 25/04/2017: Microsoft is working on a new smartwatch powered by Windows 10, although, unusually, it won't be a direct competitor to the likes of Apple Watch and the Samsung Gear.

Instead the watch is being designed exclusively for business and commercial customers, built on Windows 10 IoT Core OS and able to run to Universal Windows Applications, the company revealed in a blog post. 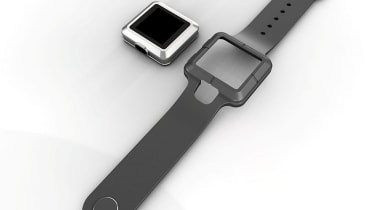 TrekStor, a leading manufacturer of eBook readers, MP3 players and external hard drives, will produce the wearable, which can use Microsoft Azure Cloud services including Microsoft Cognitive.

Very little information was given about its specifications, but what we do know is that it will be a 1.54in watch that is both Wi-Fi and Bluetooth-enabled. It will also come with "plenty of storage space" and "the processing power and battery life to perform its line-of-business functions".

Aside from the marketing fluff, we also know it will feature a soft casing and an anti-scratch screen built with Gorilla Glass 3. It will also house a voice recognition feature to verbally transmit messages, and an instant messenger-style chat system.

The Windows 10 IoT Core is a modified version of Microsoft's flagship OS, specifically designed for use in connected devices. The software allows wearables to access specific IoT hardware, such as lights, sensors and motors, and has access to the Universal Windows Platform API for developers wanting to build new capabilities.

As many current UWP apps are not designed to run on a 1.5in screen, it is likely TrekStor will develop its own range of apps initially, with some optimisation at a later date.

Microsoft believes the smaller device will be able to replace larger handheld tablets, specifically in fields such as inventory management, building automation in hospitality services, and even patient care in hospitals.

Microsoft said it will release more information in the coming months.

Swiss watchmaker Tag Heuer may be about to shake up the smartwatch market by releasing a modular timepiece capable of adjusting between a digital and a regular mechanical interface.

It was previously reported that a sequel to the Tag Heuer Connected, the company's first smartwatch, would land sometime in May bringing some minor cosmetic changes.

But according to sources close to the matter speaking to Android Central, a new device featuring dual functionality is expected to launch on 14 March, a week prior to Switzerland's watch trade show Baselworld. 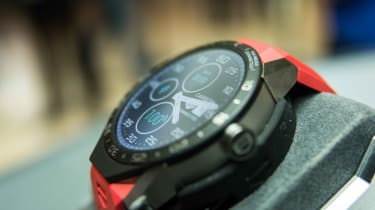 The website claims that Tag Heuer has perfected a way of creating a "one-of-a-kind" smartwatch allowing the user to "switch between the digital connected Android Wear 2.0 body and a more traditional automatic movement".

The watch, which is likely to be called the 'Connected Modular', will come in two sizes for men and women and include a range of colour options and designs. It is also expected to feature universal lugs, allowing users to connect any strap and clasp that fits the watch.

The company's original 'Connected' smartwatch was a huge success for the company, proving to be popular among its luxury high-end audience with a price of just over 1,000. Originally hoping to sell 20,000 units, over 56,000 were ultimately sold over the course of a year.

As previously reported, the watch will feature Android Wear 2.0, NFC for making contactless payments, and a GPS chip that promises to be more accurate than its predecessor.

IBM has developed a prototype device capable of transmitting patient data directly to doctors, collected from a number of wearable devices worn by patients both in hospitals and at home.

The Amazon Echo-style hub, which IBM is calling the 'cognitive hypervisor', is able to extract data from devices such as smartwatches and fitness bands, and send it to the IBM Cloud. The patient data is then analysed and the results are sent over to their relevant doctors. 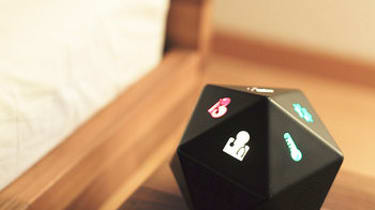 The hub is designed to sit next to a patient's bed

Using smart devices with built in sensors, the technology is able to collect data about a patient's vitals, including blood pressure and core temperature, and alert doctors if readings begin to fluctuate beyond normal ranges. The designer, Bruno Michel, believes this will allow patients to spend less time in hospital, safe in the knowledge the technology is keeping watch.

"Our goal is a health companion and we call it the cognitive hypervisor," said Michel. "We want to enable patients to leave the hospital sooner, so they can recover from the comfort of their own home, while still receiving care remotely from trained medical staff."

The hub connects to the IBM Cloud where it is able to access Watson APIs, such as speech to text, allowing for further applications of remote care. This is particularly useful for elderly patients at home, as they will be able call for an ambulance, receive reminders to take pills, and ask basic questions like: "Can I take paracetamol with my medication?" 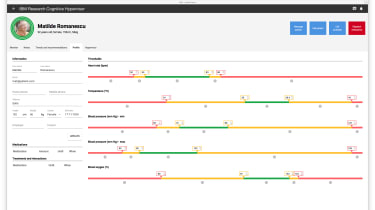 The Hypervisor dashboard, showing data from wearables in real-time

The recognition API is also able to monitor the speech patterns of patients suffering from Alzheimer's, dementia, and Parkinson's diseases, alerting doctors of advanced symptoms based on audible changes.

Michel foresees wider applications of the technology, including within the workplace where it may be able to help with the reduction of stress.

"Recovering at home will significantly lower healthcare costs while increasing patient satisfaction - if we are successful the hospital of the future will look very different," said Michel.

IBM is not currently looking to move into the wearables market, but instead plans to open up the platform for other companies to build their own health services.

A first prototype of the technology, a hub named Chiyo, was demoed at an IBM event in San Francisco on Tuesday.

This is the latest in a series of efforts to try and incorporate technology into healthcare, and reduce the costs incurred by growing populations that are living longer.

So far two NHS trusts, Imperial College and the Royal Free Hospital, have partnered with Google's AI arm DeepMind to create a hospital-based app designed to help doctors monitor patients suffering from kidney disease, with the aim of speeding up diagnoses and potentially saving lives.

Wearables at a glance

Technology companies are continually evolving the ways in which connected lightweight devices can improve not only our personal lives, but also productivity at work. For our run down of some of the best wearables for business users, head over to our hub.