Google's "Really Blue" Pixel is heading to the UK 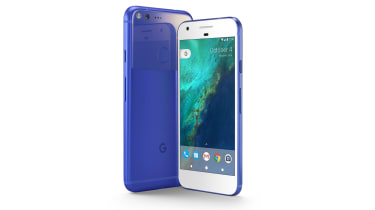 Google has signed an exclusive network partnership with EE and Carphone Warehouse to bring the new model to the UK, which promises to be "bold, bright and blue". 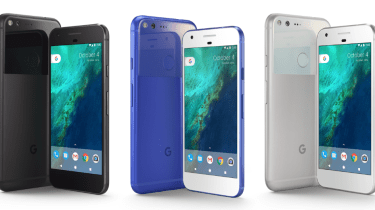 "Really Blue" was announced alongside "Quite Black" and "Very Silver" at the launch of the Pixel, but the blue chassis was exclusive to the US. However, the vibrant blue model is now available for pre-order and will arrive in UK shops on 24 February.

Naturally, being a limited edition model, Google has stated the phone will be available as long as stocks last.

Like its sibling models, it will be available as a standard 5in model or the larger XL 5.5in version, although you're stuck with just 32GB of storage.

Carphone Warehouse has yet to reveal the price of the sim-free models, although a current Pixel will set you back 599.

We loved the Really Blue Pixel, Phone by Google at its launch in October, and guess what? You can pre-order it now!https://t.co/JSplIwOqxi pic.twitter.com/vFQkUXh1JQ

EE contracts for the standard and XL versions are set at 45.99 and 50.99 per month respectively, although there will be no upfront cost for the device. For this you get unlimited UK calls and texts, 7GB of mobile data, and a free version of Google's very capable Daydream VR headset.

We reviewed the Google Pixel when it released last October and, despite an eyewatering price tag, we found it to be a worthy competitor to the iPhone 7 and certainly one of the best Android devices of 2016.