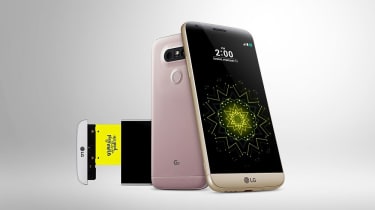 LG has dropped some more hints about its upcoming smartphone, due to be revealed this Sunday at the annual Mobile World Congress trade show in Barcelona.

The company has released two new teaser videos, featuring the G6 logo overlaid onto footage of a swimming pool and a flour-covered worktop respectively.

This would appear to indicate that LG is finally introducing IP67 water-and-dust resistance, a feature that has now become all but standard for Android flagships.

Regarding other features, we know that the LG G6 will carry a 5.7in QHD+ display with a 2,880 x 1,440 resolution and rumours suggest the audio output capabilities will be vastly improved over previous generations.

Rumours also continue to swirl that the company will be doing away with the modular design that made the LG G5 stand out from the crowd last year. The feature let users swap out certain components on the fly in order to prioritise things like a bigger battery or more powerful camera.

It was poorly received by customers, however, many of whom found the selection of available modules to be somewhat lacking.

A dual camera setup is a virtual certainty. The G5 featured this configuration and an ever-growing number of manufacturers are following the same route even Apple.

Performance-wise, reports from the likes of Forbes indicate that Samsung may have bagged the first batches of Qualcomm's latest Snapdragon 835 chips, which would leave LG with the older Snapdragon 821 models. If true, this means that there's a sizable chance that the G6 will lag behind the Samsung Galaxy S8 in speed and power.