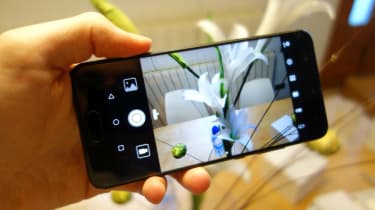 MWC wouldn't be MWC without a few flagship phones, and this year's show is no exception. Although Samsung is a notable absentee, Huawei has stepped into the breach with the announcement of its P10 and P10 Plus.

And the paper specs are pretty impressive - the phones have dual-SIM capabilities, a fingerprint reader at the front, an octa-core processor and run on Android 7 Nougat out-the-box. They can be found SIM-free for around 550 and 590 respectively.

Both phones get a makeover as far as chipset, processor and GPU are concerned. Both models come with a HiSilicon Kirin 960 chipset that combines with the octa-core (4x2.4 GHz Cortex-A73 & 4x1.8 GHz Cortex-A53) processors. While we haven't yet benchmarked these, we noticed no lag in usage.

The P10 comes with 4GB of RAM and 64GB of internal storage, even more on the P10 Plus (6GB of RAM with a massive 128GB of storage). If you don't need to use the second SIM slot, you can use this instead to expand storage by an extra 256GB.

As with the P9 and P9 Plus, these phones feature a dual-lens Leica optics camera, but with an update on last year. The P9 had a 12-megapixels dual-lens camera. On the P10, this now has a Leica SUMMILUX-H dual-lens, which is a dual-lens 20-megapixel mono and 12-megapixel RGB camera.

Note that there is a difference between the models, lens-wise; the P10 has a F2.2 aperture, while the P10 Plus has an amazing F1.8 aperture, enabling more light through the lens and resulting in even better pictures.

There's also an improvement to the front-facing camera, as it comes with a 8-megapixel camera at a F1.9 aperture using Leica optics. Video is better too, as the P10 and P10 Plus can now both shoot 4K video. Upon first impressions, the cameras are extremely impressive and it's a welcome improvement over the P9 and P9 Plus.

Hauwei has upped the P10's battery capacity to 3,200mAh, marking a 200mAh increase over its predecessor. Similarly, the P10 Plus has an even larger 3,750 mAh battery. We'll have to wait to see how it compares to the P9's 11h 24m battery life.

The P10 has undergone a number of different design changes compared to the P9 and has a wide range of colours on offer: Graphite Black, Ceramic White, Rose Gold,  Dazzling Gold, Greenery, Prestige Gold, Mystic Silver and Dazzling Blue.

The biggest change is the home button. Huawei has taken inspiration from Apple and rolled all of the P10's navigational functions into one button. It is where the fingerprint sensor is located and this capacative home button now controls the 'back', 'home' and 'recent apps' shortcuts via different gestures- this includes long pressing to return to the home screen and swiping to view recently-used apps.

Both the P10 and P10 Plus have a USB-C charging port and a 3.5mm headphone jack. Unfortunately, the P10 doesn't have a separate audio DAC, so you will have to use the Kirin 960 system-on-chip (SoC) audio chip for music.

If you look on the right hand side of the phone, you will find the volume rocker and power button, and a single downward-firing speaker at the bottom. On the left of the phone is where the SIM and microSD card are found too.

The 2017 flagship phones come with Android 7 Nougat and, as usual, Huawei's Emotion UI 5.1 overlay. Upon first impressions, the software is smooth and doesn't have any major hiccups - EMUI isn't as nice as stock Android, but it's no longer an unappealing eyesore. Games run smoothly thanks to its octa-core processor and Mali-G71 MP8 GPU; be sure to check back for benchmarks, as we'll look to compare it to the P9.

So far, so flagship. All of this is great, but we would expect virtually any flagship Android phone released this year to match it. But the P10 and P10 Plus have another unique feature up their sleeves: support for 4.5G networks, otherwise known as LTE Advanced Pro. The design utilises a quad-antenna design to maximise download speeds. Huawei claims a 2x increase in network speeds over the dual-antenna P9 and P9 Plus, and the theoretical maximum is a whopping 1Gbit/second.

There is, of course, a small catch: At present, no networks in the UK have rolled out their 4.5G networks commercially, although both EE and Vodafone have done trials in limited areas. So why is Huawei releasing the P10 with 4.5G support? Our guess is that, as a company which has been highly prominent in promoting 4.5G on the network infrastructure side, there was no way that the company's flagship 2017 couldn't support it.

In the brief time we spent with the P10 and P10 Plus, we didn't really find that much which completely blew us away, but on the other hand we didn't find much to dislike either. It's exactly what you'd expect from a flagship Android phone in 2017  nothing more, and nothing less which means the answer to the question of "should you buy this?" largely comes down to whether you've used Huawei phones before and liked them. If you have, then you're going to like the P10.

But if you're a Samsung, LG or HTC user or even that rare someone looking to switch from an iPhone  it's a much tougher call to make, and one which will have to wait until we've had chance to do proper battery, camera and speed tests.

Huawei MateBook X Pro (2020) review: A laptop with all the sauce 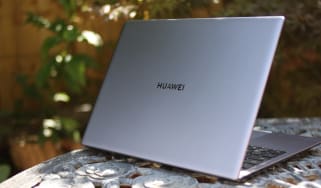 Huawei MateBook X Pro (2020) review: A laptop with all the sauce

Can the UK develop a 5G giant to take on Huawei?

Can the UK develop a 5G giant to take on Huawei?